He is like every other 13-year-old teenager. However, what makes him stand out among others is his “ethical hacking” techniques that has even surprised the superpower countries like the U.S.

Meet Ahsan Tahir from Karachi, Pakistan, who uses his hacking skills to help some of the biggest technology companies discover and fix vulnerabilities in their websites. In return, he gets rewarded for his hacking skills in the form of cash and swag through bug bounty programs. Tahir has already made a name for himself in the cybersecurity world by discovering bugs for biggies like Microsoft and Google.

So, how did all start for Tahir? His journey into the security world began after his own website was hacked, Tahir told NBC News. While surfing about security, he found that not only he could find security vulnerabilities in his own applications, but in others too. 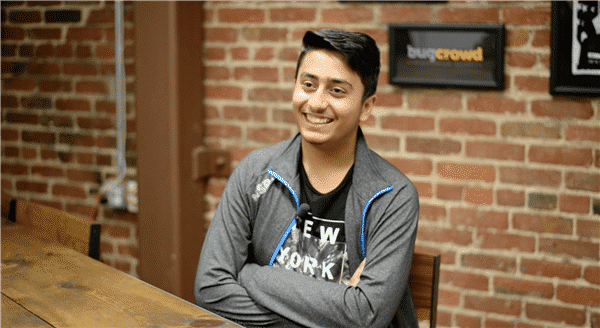 “I decided to find bugs in my own website,” he said. Tahir then said he found a site “that told me I can hack into different companies to find bugs and they will pay me — or appreciate me — so I started [doing] that.”

Therefore, he started learning hacking by reading blogs, watching YouTube videos and experimenting on his own. Today, Tahir is already earning extra money at the age of 13 due to his security skills, when most kids of his age may be doing chores. His recent bug bucks helped him buy a new iPhone 7, that he proudly shows off. The next item on his wish list is to buy a car when he turns 18 and can get his driver’s licence. He is already saving his money to buy his wish item.

Tahir’s father, who went along with him on his trip to the U.S., told NBC News that he’s proud of his self-taught son, since both he and his wife are not techies.

So, what is a typical day for Tahir? It involves him going to school and returning home and then hacking for six hours. Later, he says that he does homework — if he has any.

While Tahir accepts that money plays a big part in motivating him, he also adds that he wishes to make internet a safer place and teach other people the skills that have made him a success, mainly through YouTube tutorials.

“I am proud of making the internet safer, the world safer, because the next wars maybe will be cyber wars,” Tahir said. “The more hackers there are, the more bugs [are found], and the more secure companies are. It’s simple,” he said.

So, what are Tahir’s plans for the future? He wishes to become a software engineer and  possibly start his own company once he becomes an adult. At the same time, he also hopes to continue taking part in bug bounties part time.

However, he has a long way to go before it becomes a reality. As of now, he is very excited about turning 14 in July, when he will be eligible for a $500 payday from Microsoft for some bugs he discovered.

Tahir has been patiently waiting for the payday, as Microsoft’s minimum participation age in their bug bounty program is 14 years old. However, once he turns 14 in July, he can be assured of two things: a party and a payday.

With everyone from Apple to the Pentagon offering cash for bugs, bug bounty programs have already started trickling into the mainstream. Based on the criticality of the bug discovered and how big the company is, a successful hacker can earn anything from $50 to $350,000.

“Hackers like Ahsan are literally the next generation of cybersecurity defenders, and the future of the internet relies on them having an easy on-ramp into security as a career,” Casey Ellis, Founder and CEO of Bugcrowd, told NBC News. “Digital natives make very good hackers, and the power this group represents to companies trying to safeguard their businesses and users is immense.”