Leaked: Intel Skylake-X to include Core i9 processors

It appears that very soon there could be an addition to the Intel iCore processor family, according to a leaked slide published by AnandTech forum member ‘Sweepr’. Currently, the members of the family are Core i3, Core i5 and Core i7 processors, which are most likely to be joined by the first high-performance Core i9 processor this summer and meant to compete with AMD’s Ryzen line. 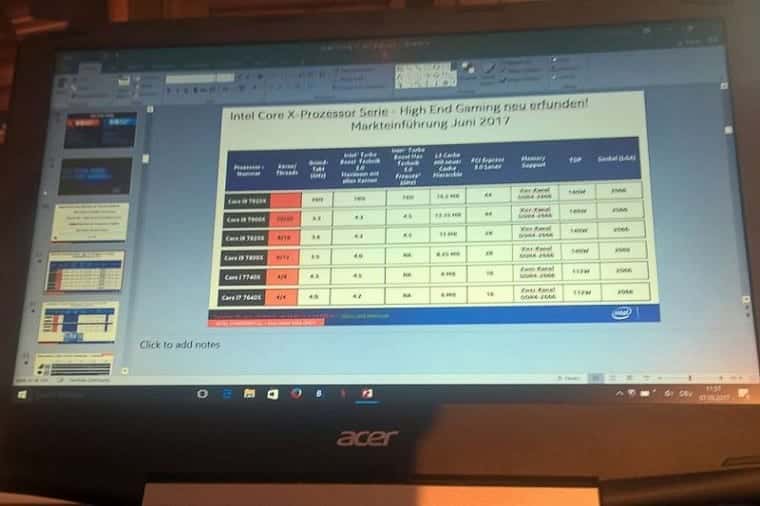 All the four chips in the Skylake-X family will support quad channel DDR4 memory clocked at 2666 MHz and will make use of the LGA 2066 socket type.

Additionally, the next generation of Intel processor is also said to have Kaby Lake-X variants, which is the “lower end” of the spectrum.

Please check the table below for more details on the line-up: