10 Best android apps to learn hacking from your Android smartphone

With more and more people spending more time on their smartphones than PCs, it was just a matter of time until hacking tools made their way onto our handheld devices. Though not as widely used as PCs, smartphones have a pretty decent cache of hacking tools and we’ve rounded up the best of them.

For beginners to the world of hacking, this is a pretty decent starting point. This app provides plenty of knowledge in regards to device protection techniques and the easiest way to hack into devices.

Considered as one of the best tutorial resources available for Android at the moment, the tutorial explains almost all known and practical hacking techniques.

As the name suggests, with this app one can learn new tips and tricks of hacking. Though not considered as comprehensive as the other on this list, its still pretty useful.

This application is another good starting point with a comprehensive knowledge base in terms of theoretical and practical computer hacking techniques.

Considered one of the best apps for learning the tricks of the trade for an eventual career as an ethical hacker. This tutorial provides a host of information on techniques used by black hat hackers around the globe.

This app is a pretty extensive tutorial on memory storage devices including memory cards and USB flash drives and the methods and techniques of securing them.

An excellent resource to have in your arsenal for newbies and more experienced personnel alike. This resource offers a host of jargon and their practical usage including bot.net, difference between hex and binary.

Another good resource to begin your journey to a career in hacking. This app in particular focuses on phishing, footprinting, batch file viruses, and worms.

This app provides one of the best hacking tutorials with it’s active participation technique.By this app one can quickly master the hacking skills. It is perfect for the newbies and also for those who want to learn advanced hacking techniques.

Just as the name suggests, this app is a tutorial of techniques and methods used by white hat hackers and is a pretty good stepping stone for those ambitious for a career in white hat hacking. This being a community driven app, makes the deal even sweeter. 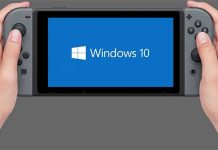 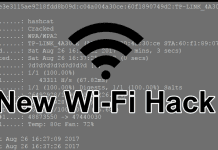