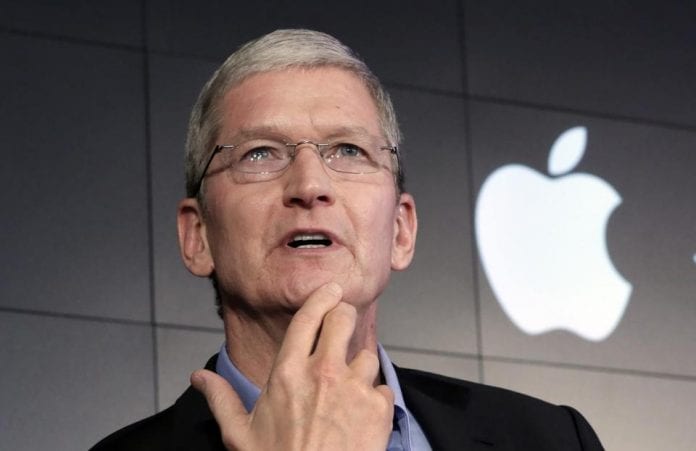 It’s better to learn to code than learn English as a second language, says Tim Cook

Although computer programming jobs may be on the decline, but coding or programming has gone to become one of the most in-demand skill and a lucrative career option in recent times.

According to a recent report from job search platform, Glassdoor, more than a third of the highest paying jobs in the U.S. right now require some form of programming expertise.

In a recent video interview with French media outlet Konbini, Apple’s CEO Tim Cook who was touring France this week, including meeting with French president Emmanuel Macron, said that coding is the best foreign language that a student in any country can learn.

“If I were a French student and I were 10 years old, I think it would be more important to learn coding than English. I’m not telling people not to learn English—but this is a language that you can [use to] express yourself to 7 billion people in the world. I think coding should be required in every public school in the world,” Cook tells Konbini.

“I think that coding should be required in every public school in the world.”

“It’s the language that everyone needs, and not just for the computer scientists. It’s for all of us,” says Cook.

He explained that programming inspires students of all disciplines to be inventive and experimental.

“Creativity is in the front seat; technology is in the backseat. It is sort of the blend with both of these that you can do such powerful things now.”

He even goes on to mention Apple’s programming language ‘Swift’ in the interview and why it is vital that everyone must learn it.

Actually, Cook’s statements might hold some truth in the future, as the tech industry continues to grow especially with the oncoming deluge of Internet of Things (IoT), which in turn will increase the demand for programmers and other affiliated coding skills.

This is not the first time Cook has talked about the importance of coding in primary schools. In June 2016, he had spoken at the Startup Fest Europe in Amsterdam as to how important is to teach students how to code at a very young age and that coding should be taught as a second language like any other language.