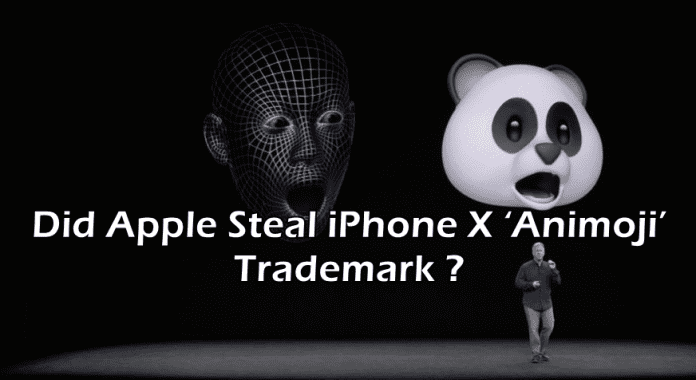 Animojis for those who don’t remember are animated emojis that are created using the facial recognition features of the iPhone X and were widely talked about coming out of Apple’s September event. They were supposed to be a big deal for the company, however, it now looks like Apple will be fighting off a copyright infringement lawsuit to just keep the name.

Reports are now coming out that Enrique Bonansea and his company emonster have had an app named Animoji listed on Apple’s app store since 2014 and have held the trademark since 2015. The app allows anyone to receive an iMessage with Animojis attached without the need to have the app actually installed on the device. The app bills itself as a “fast, free and easy-to-use tool to animate your text and email messages.”

This doesn’t seem to be a case of Apple not aware on the existence of the trademark as Bonansea  says that he has been approached multiple times by Apple through various entities in an attempt to buy the trademark. When he refused to sell, he was threatened with cancellation of his trademark. On reports that Apple new about the existence of his app, he says Apple had to know about it since the company had complied when he had requested several competing apps to be taken down. The legal complaint reads as follows:

“Instead of using the creativity on which Apple developed its worldwide reputation, Apple simply plucked the name from a developer on its own App Store. Apple could have changed its desired name prior to its announcement when it realized Plaintiffs already used ANIMOJI for their own product. Yet Apple made the conscious decision to try to pilfer the name for itself — regardless of the consequences.”

The case isn’t an open and shut as it seems however. It turns out, the trademark was originally filed by Bonansea was for his company emonster inc. That company has since been dissolved in favor of emonster k.k – his new Japanese company. Based on this, Apple has already filed for cancellation of the company held trademark.

However, Emonster’s trademark attorney has filed for a technical correction in ownership claiming that both the companies acted as a single commercial enterprise. However, the correction has been rejected due to it being filed after the request for cancellation. Since then, Bonansea and emonster k.k. have reapplied for the trademark citing the active use of the app since 2014. If it weren’t for this technicality, this would’ve been an open and shut case, now we will have to wait for the court’s judgement.