Real estate is a universal resource, yet it also represents a scarce commodity that is in high demand.

The difference between landed properties at different locations at any given time is the function of the quality of the social and infrastructural community that centres around them. The available natural or artificial resources also explain what value is attached to a piece of land. This is why the same perimetre of land at different locations will attract different prices in value at the same time.

Applying this concept unto the virtual world has proven to be an exceptional innovation as just a few months ago, the Initial Coin Offering (ICO) of internet-based decentralized real estate, Decentraland, sold out in record time, raising $24 million in 35 seconds.

Decentraland is a virtual reality platform powered by the Ethereum blockchain where users can create, experience, and monetize content and applications. The idea behind Decentraland is to build a virtual ecosystem that is community-owned.

With decentraland, a virtual world is being created where blockchain acts as a registry for digital plots of land. A ledger of land ownership is maintained using smart contracts thereby offering full transparency of ownership of this virtual real estate.

The infrastructure that Decentraland provides supports a shared virtual world, also known as a metaverse . The metaverse consists of a decentralized ledger for land ownership, a protocol for describing the content of each land parcel, and a peer-to-peer network for user interactions. Each parcel has unique (x,y) coordinates, an owner, and a reference to the content description file.

This innovation will disrupt the existing virtual social systems where platforms such as Facebook, Twitter, Instagram, e.t.c provide an environment where users can interact, play games, transact, meanwhile the centralized owners of such platform extract and withhold all the generated revenue, profiting from the works of others.

In the Decentraland metaverse, LAND can be bought, sold, rented, or leased at will. Each parcel has an area of 100 square meters, and can only be claimed if it’s adjacent to previously claimed parcels. Landowners can also publish any content onto their LAND, without requiring third party approval. Potential land content ranges from static 3D content to interactive systems such as games and virtual shops.

The native token for the Decentraland platform is MANA. MANA will let users buy and sell LAND, and fully immerse themselves in Decentraland’s virtual reality economy. 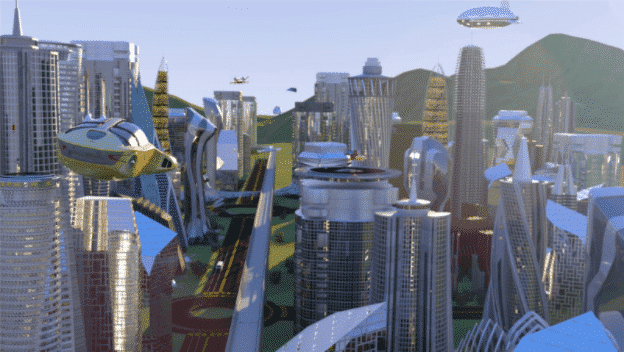 Currently, there is an ongoing design for the initial LAND sale in a Terraform event that is slated for December 2017, this is referred to as the Genesis City auction. There is already and ongoing staking by users in the community, locking their MANA tokens so that they can have access to buy LAND during the December event where Genesis City land parcels will be sold to the highest bidders.

The registration will remain open until early December, and users can participate by using MetaMask or Mist at terraform.decentraland.org. Some tutorials that can help applicants find their way around the process include: Moving MANA from MyEtherWallet to MetaMask and Staking MANA tokens to the Genesis City Auction. Also, Contributions made during November will have a 10% bonus.

LAND in Decentraland can be compared to domains in the Ethereum Name Service (ENS), but for the fact that for a LAND parcel to be valid, it must exist adjacent to an already existing parcel. This adjacency allows for spatial discovery of new content and the creation of districts devoted to a special topic or theme. 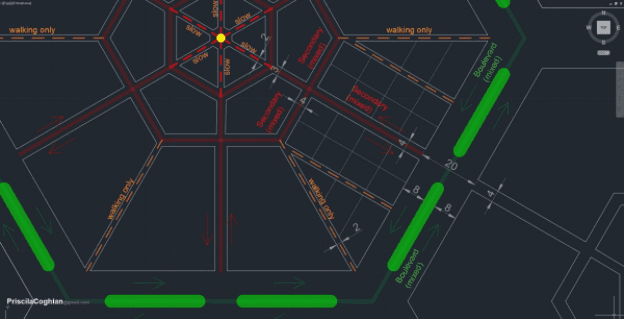 An definite and organized ecosystem

While each web domain can have an unlimited number of hyperlinks to other content, parcels in Decentraland have a fixed amount of adjacencies. Additionally, the content of adjacent parcels can be seen from a distance. For content creators, the establishment of districts provides access to targeted traffic; for end users, it enables discovery of themed experiences. Users can travel through neighborhoods and interact with applications that they stumble upon. This attribute simulates the characteristics of the real world’s real estate and makes LAND a limited resource like in the real world. With scarce land, developers can acquire users by purchasing land in high-traffic areas. This will allow secondary markets to develop around land ownership and rentals.

Having started as a proof of concept for allocating ownership of digital real estate to users on a blockchain, Decentralized is creating a social experience with an economy driven by the existing layers of land ownership and content distribution where developers will be able to create applications on top of Decentraland, distribute them to other users, and monetize them.

The platform will also implement peer-to-peer communications and a scripting system to enable interactive content, and a system of fast cryptocurrency payments for in-world transactions.