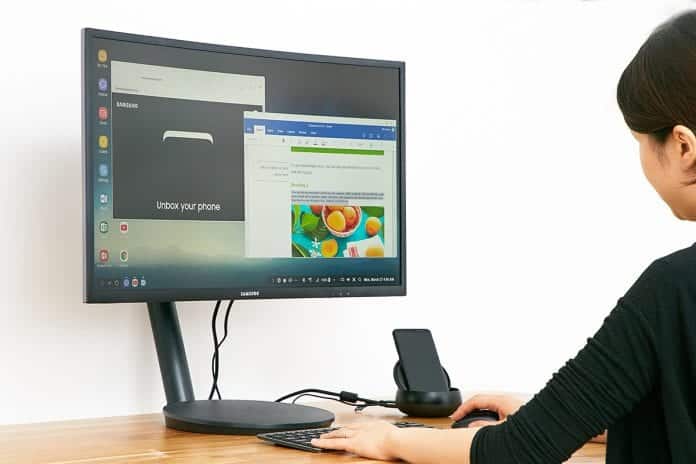 Last month, Samsung had announced that it was working on an app that will allow owners of the Galaxy S8/ S8+ and Galaxy Note 8 handsets to run a full-fledged Linux operating system via the Samsung DeX platform.

For those unaware, DeX is a docking station for the Samsung Galaxy S8/S8+ and Galaxy Note 8 smartphones that allows you to plug the device to an external display, power, Ethernet, and USB devices, which in turn offer users an Android-based desktop-like experience.

Until now, Galaxy S8/S8+ and Note 8 users have been able to run Android apps in this desktop environment using DeX, but now the users will be able to convert their device into a GNU/Linux PC.

At its recent Developer Conference in San Francisco, Samsung said that it is working on an app known as ‘Linux on Galaxy’ that will allow users – in all likelihood developers – to load a Linux environment compatible with the DeX platform.

“Whenever they need to use a function that is not available on the smartphone OS, users can simply switch to the app and run any program they need to in a Linux OS environment, utilizing the same Linux kernel that powers the Android OS.

“Now developers can code using their mobile on-the-go and seamlessly continue the task on a larger display with Samsung DeX,” Samsung added.

The company has released a video titled “[Concept Demo] Linux on Galaxy x Samsung DeX,” that shows a device being put on DeX using the app named “Linux on Galaxy” to launch a Linux distro.

Check out the full video below:

As this functionality is on a trial basis, those interested in getting more information about the tool, can sign for Samsung’s email notification service.