Its not just you Facebook messenger is down for many.

Hundreds of users were left clueless when they found their favourite social network messenger/chatting service , Facebook messenger down due to a worldwide outage. The sudden worldwide outage occurred half hour ago and the reason of the outage is not known.

Update: While Facebook is now working properly for most of the users, its messenger and chat services are still facing down time.

Messages from both mobile and desktop versions of messenger/chat are having difficulties being sent or received.

Facebook is investigating the issue and has mentioned on their developer page that,

Starting 11AM UTC on December 5th, we are seeing an increased error rate in our Messaging API. Sending and receiving messages might not work. Our team is working to resolve this. 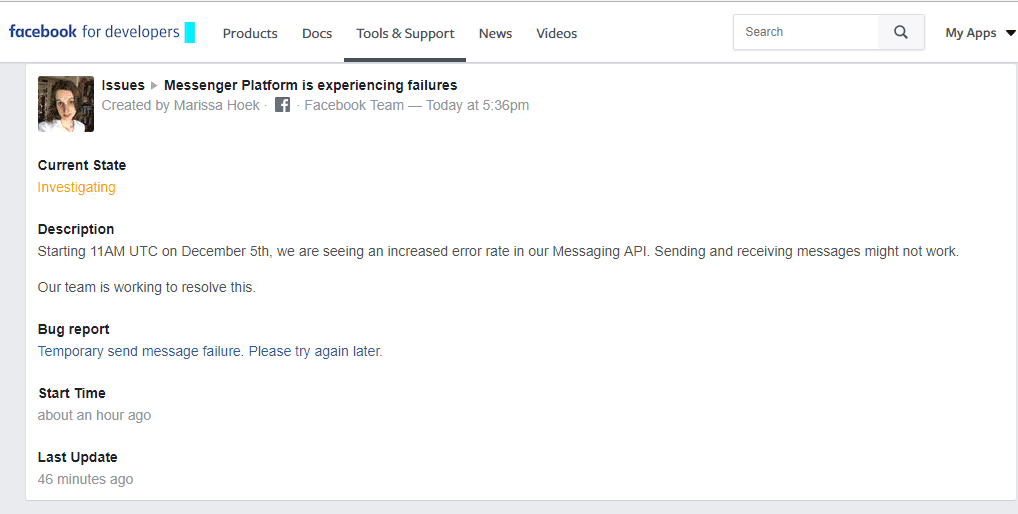 Update: All services are coming back up to normal now

This is a developing story….