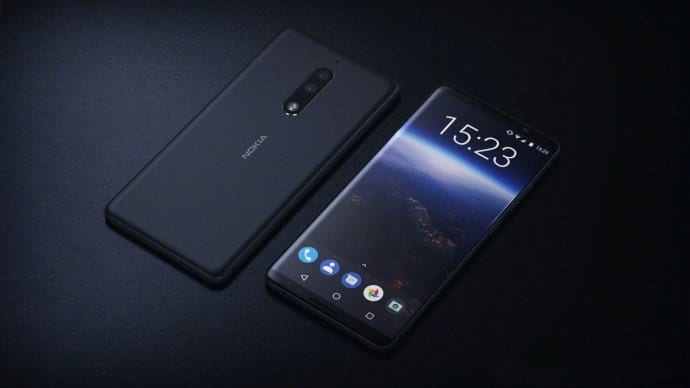 Nokia 9, HMD Global’s another entry in the smartphone market has been in the news for the last few months. Thanks to the leaked renders and images that keep appearing on and off.

Now, a latest image of Nokia 9 has been spotted on Chinese networking website Weibo (via 91mobiles) shows the upcoming device’s all-screen front in its entirety. While the device will have extremely thin bezels on the left and right sides, but its top and bottom bezels seem to be a tad thick. With no Nokia branding or buttons on the front, it is likely that the fingerprint scanner will be on the back side.

The Nokia 9 is rumored to feature an LG 5.5-inch Full HD OLED screen panel, Snapdragon 835 processor, dual rear camera (12-megapixel and 13-megapixel shooters) for photos and videos, 5-megapixel front-facing camera for selfies, 128GB of RAM along with a microSD card slot for expansion, a 3,250mAh battery, and Android 8.0 Oreo.

Nokia 9 is slated to be unveiled in China as early as January 19, although there are chances that it could be unveiled later. So, we can expect more leaks and renders coming until the official announcement is made. Keep watching this space as this is a developing story!