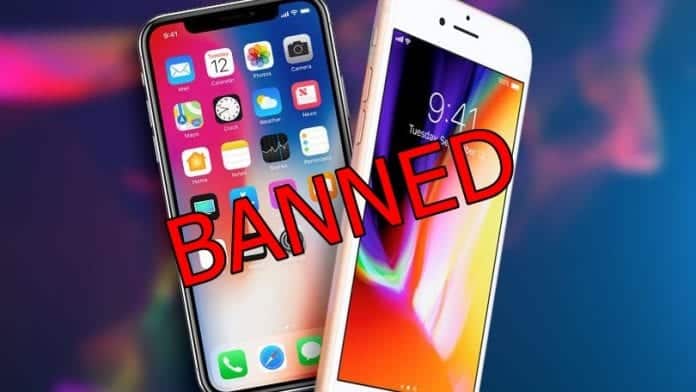 The ever-growing and wide-ranging legal battle between the tech giant and Snapdragon chip maker Qualcomm is getting hotter, as the latter filed three new patent infringement lawsuits against the Cupertino giant for violating a total of 16 Qualcomm patents with its most recent iPhones, including the iPhone X.

Qualcomm is also filing a new complaint with the United States International Trade Commission (ITC) concerning five of the patents, and it is asking the ITC to ban imports of iPhone 8, iPhone 8 Plus, and iPhone X models that use chips from Intel, aka AT&T and T-Mobile devices in the US.

The chipmaker in its new patent infringement claims that many of Apple’s smartphones ranging from the iPhone 7 to iPhone X have infringed upon 16 of its patents related to bandwidth technology, carrier aggregation, memory designs, power saving methods, phone’s actual interfaces, photo editing, technology from dual-camera setups, and even camera autofocus. It is also claiming that the depth-based image enhancement technique for Portrait mode violates a Qualcomm patent.

As per the official Qualcomm’s filing, “Apple can import iPhones (regardless of who supplies the modems) that do not infringe the patents asserted in this action, but Apple has no inherent right to infringe Qualcomm’s [non-standards essential patents] through the sale of its iPhones. Preventing such infringement, and thereby rewarding innovation, is the very purpose for which the patent system was designed.”

General Counsel Don Rosenberg in a statement said Qualcomm filings are not a direct denial to Apple’s complaint. For those unaware, Apple had filed a countersuit on November 29 accusing Qualcomm of infringing “at least” eight battery life patents owned by Apple.

“You can’t react that quickly to file lawsuits,” Rosenberg said. “We were in the process of filing three new district court cases in San Diego today, and one new ITC case in Washington, D.C. Those involve a group of 16 patents that are additional to the ones we have already sued them on, and five of those 16 are ones we are suing them on in the ITC seeking an exclusion order.”

Both the giants are locking horns with each other by suing in back to back lawsuits, and Apple has completely declined to comment on the issue.

It all started in January, when Apple sued Qualcomm for nearly US$1 billion in patent royalty rebates that Qualcomm apparently withheld from Apple.

In a related suit, Qualcomm sued the contract manufacturers that make Apple’s phones, but Apple joined in to defend them.

Qualcomm in July asked the ITC to ban the import and sale of iPhone 7 and iPad models that allegedly infringe on a set of six patents that help mobile phones get better battery life. The complaint was particularly limited to devices using Intel modems instead of those built by Qualcomm and its sub-contractors.

With its new ITC complaint, Qualcomm is looking to include Apple’s recently released iPhone 8 and iPhone X units in the potential ban for using competing Intel chips.