Many users are reporting that Windows Update in Windows 7 is broken, as they are getting an error ‘80248015’ while trying to update their operating system. The users came across this issue on December 3 and has been growing since then.

When Windows 7 users attempt to run Windows Update on their machines, they are greeted with a message which says, “Windows Update cannot currently check for updates because the service is not running. You may need to restart your computer.”

On the other hand, Mary Jo Foley from ZDNet came across a different error message, which read, ” Windows could not search for new updates.”

Apparently, restarting the computer does not resolve the issue, and you may still come across the error message if you have downloaded updates on your computer recently.

The issue is widespread as noted on the thread on Microsoft’s Answers forum. It is unclear if all Windows 7 systems or if only a subset of systems are affected by the issue.

The problem seems to be related to an expiration date that Microsoft has forgotten to change claim affected users. Currently, the only temporary solution is to set the date to something older than December 3, 2017, and run Windows Update.

However, Microsoft is yet to comment on the issue, which means that Windows 7 users will have to wait until the problem is resolved by the company. With Microsoft set to officially end its support to Windows 7 only on January 14, 2020 means that the users could expect a fix from the company very soon. This is a developing story and we will keep you updated. 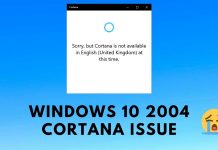