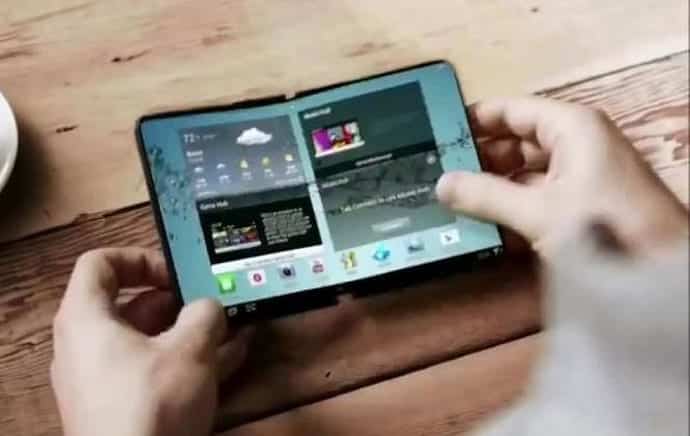 In November last year, we had reported how Samsung, the South Korean technology giant, had accidentally revealed that it is working on a new foldable smartphone ‘Galaxy X’ on its support page. However, currently, the page is empty and has no other information.

Now, new leaks have surfaced related to the upcoming foldable Samsung flagship providing critical information on some of the features. According to a Dutch website LetsGoDigital, the sketches of the Galaxy X foldable smartphone that were released by the World Intellectual Property Organization (WIPO) indicate that the smartphone will include a heart rate monitor.

Apparently, in June last year, Samsung had submitted a patent application and these illustrations are believed to be originated from there. According to the sketch, the device will include a hinge in the middle, which is alleged to be the main attraction of the Galaxy X design and also the most important leak to have emerged so far.

During the recent Customer Electronics Show (CES) 2018, Samsung’s President of Mobile Business, DJ Koh revealed that the company is planning to launch the foldable smartphone sometime in 2019 as opposed to end of 2018 as rumored earlier.

“It’s difficult to talk about the date of the launch now. We want to unveil the products properly but now seems a bit early,” he said. “We want to have a good reaction from customers once the phone is out in the market. But there are still durability issues that we need to address.

“We don’t want to just sell a couple of the phones. We want it to be mass-ready and at a technological level where people will say it is a well-made phone,” he said at the time.

An industry source familiar on condition of anonymity disclosed that the rumored Galaxy X handset sports a 7.3-inch display panel, as revealed during Samsung’s private meeting at CES 2018. “Samsung Display said it has developed a 7.3-inch foldable panel with plans to start production later this year,” the source said.

The production of the smartphone is expected to start by the end of 2018. Other than confirming that Galaxy X is a foldable smartphone, Samsung hasn’t responded or confirmed any reports or leaks related to the device.