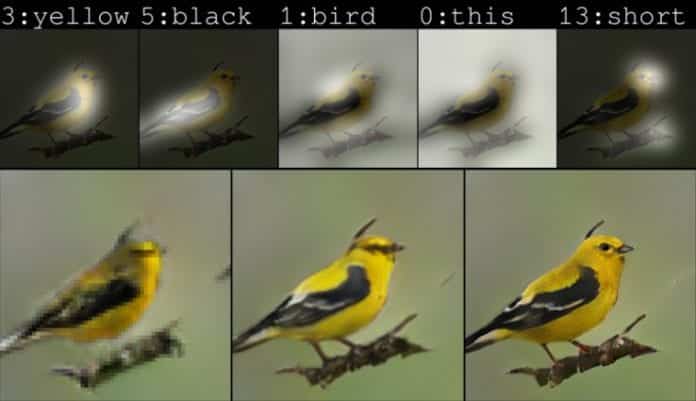 The Artificial Intelligence (AI) technology has incredibly evolved over the last few years and is touted to be the next big thing of the future.

Making more headway in that direction is Microsoft Corp. who has been investing in multiple projects relating to AI. The tech giant has created a new AI tool which it calls a “drawing bot” using a Generative Adversarial Network (GAN) running on two machine learning models. The bot uses the GAN to generate images based merely on a descriptive caption.

One machine learning model generates images from text descriptions, while the other model known as a discriminator uses descriptions of text to judge the authenticity of generated images, so that it cannot be tricked. Working together, the discriminator pushes the generator toward perfection. By using the GAN technique, AI pays close attention to individual words when generating images from caption-like text descriptions, thereby achieving a three-fold uplift in image quality compared to previous text-to-image method.

According to Microsoft, the bot is even capable of imagining details while drawing that are not specifically mentioned in the text, which indicates that the AI contains an ”artificial imagination”.

For instance, the below image was created by the drawing bot simply from the description of “a bird with a yellow body, black wings and a short beak.” Although it is not specified in the text given, the AI elected to place the bird on a branch using its artificial imagination. Not just birds, the AI tool can draw anything from ordinary countryside scenes, such as grazing livestock, to the bizarre, like a floating double-decker bus.

“If you go to Bing and you search for a bird, you get a bird picture. But here, the pictures are created by the computer, pixel by pixel, from scratch,” Xiaodong He, a principal researcher and research manager in the Deep Learning Technology Center at Microsoft’s research lab in Redmond, Washington, said in a report on the project. “These birds may not exist in the real world — they are just an aspect of our computer’s imagination of birds.”

The research report, which has yet to undergo scientific review, could act as a sketch assistant to painters and interior designers, says Microsoft. Mr. He imagines the technology could generate animated films based on screenplays, which would ‘augment the work that animated filmmakers do’ by eliminating some of the manual labor involved.