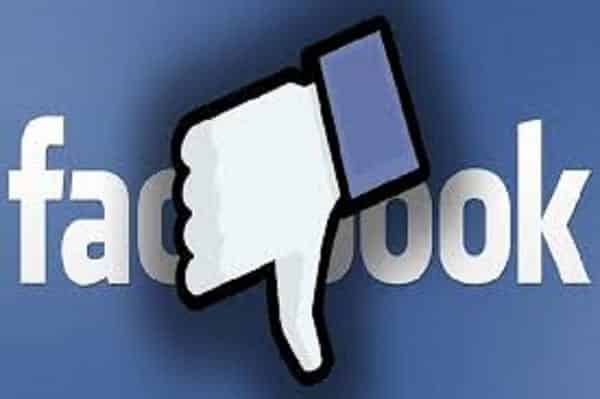 Facebook is testing ‘downvote’ button after requests for ‘dislike’ button

In 2015, Mark Zuckerberg, Facebook’s CEO and co-founder, had confirmed that his company was working on the much-requested “Dislike” button by its users. Fast forward to 2018, while Facebook has yet to add the ‘Dislike’ button on its platform, it did end up adding emoji reactions (such as love, haha, wow, sad and angry) that the users can choose to react to posts or pictures.

Back then, Zuckerberg explained this move by commenting, “We didn’t want to just build a Dislike button because we don’t want to turn Facebook into a forum where people are voting up or down on people’s posts. That doesn’t seem like the kind of community we want to create.”

However, the social media networking giant has now revealed that it is testing a Reddit-like “downvote” button that will allow users to flag and hide comments in the News Feed. The new option was spotted by several users on Thursday within Facebook groups below the comments on posts, next to the “like” and “reply” buttons and old Facebook memories content.

Confirming the news, Facebook in a statement said, “We are not testing a dislike button. We are exploring a feature for people to give us feedback about comments on public page posts. This is running for a small set of people in the US only.”

The new button was first noticed by Taylor Lorenz of The Daily Beast.

The new feature appears to give users the ability to downvote a comment. When the downvote button is clicked, the user is given the option to flag the post as “offensive”, “misleading”, or “off topic”. The selected comment is then hidden from the user. This will help moderators at Facebook crowdsource the ranking of comments and content as inappropriate, uncivil or misleading.

Facebook further said that presently only 5% of Android users in the US are able to run the test feature on public posts on Pages. However, this test does not affect ranking in the News Feed and the number of downvotes does not affect the visibility of the post for other people.

Currently, it’s unclear whether or not the feature will be rolled out to all users. We will keep you updated as and when we get any information from Facebook.