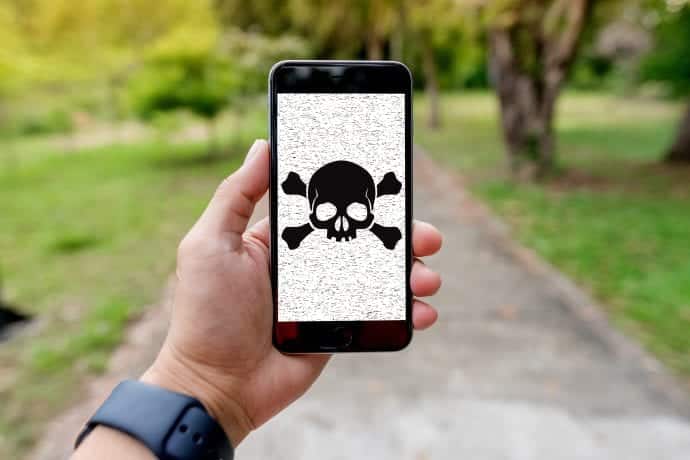 This single-character message could crash your iPhone, Apple to fix the bug soon

Looks like Apple’s woes doesn’t seem to end. Last month, it was the malicious link dubbed as “chaiOS” text bomb sent through Apple’s Message app that could freeze the iOS or macOS operating systems and ultimately crashing the iPhone, Mac or iPad.

Now, a new security vulnerability that involves sending an Indian language character (in Telugu) to devices has been discovered in Apple’s latest operating system (iOS 11.2.5) that can cause your iPhone to crash and block access to apps, like iMessage, WhatsApp, Outlook for iOS, Gmail and Facebook Messenger or make them inaccessible. The iOS bug also affects built-in Messages app on macOS and the Apple Watch, as well as the App Store and Safari.

According to Italian Blog Mobile World, who first spotted the bug say that the vulnerability crashes the app in which the character appears and can send the affected device into recurring reboot. Moreover, upon restarting the devices, the users will be unable to open the Messages app, as it will try to load the character but refuse to function properly. The only way to make to your iMessages work properly is to delete the entire conversation with the bad character by having someone else send a text message to the app that is crashing.

Apple has acknowledged that the iOS 11.2.5 has a serious bug and it was working on to fix it. “While iOS 11.3 fixes the problems, Apple said it is planning to release an iOS 11 update soon that will address the crashes before the iOS 11.3 release in the spring,” The Verge reported late Thursday.

While the public beta version of iOS 11.3 is unaffected, Apple in the meanwhile has already fixed the bug in the latest betas of current versions of its operating systems, such as iOS 11, macOS High Sierra, watchOS 4, and tvOS 11.

Until Apple releases an iOS 11 update, it is advisable not to open any message received with the symbol and delete the message.