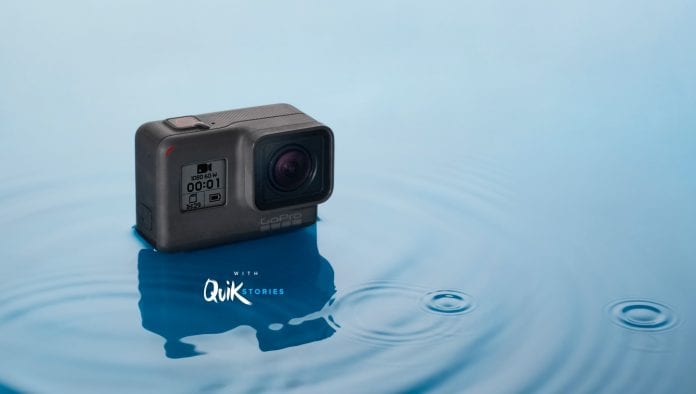 GoPro has announced their newest “go-anywhere, capture-anything” entry-level action camera known as ‘HERO’ that is targeted at the low-end consumer market. HERO is easy to use, durable, and affordable and intended “for people looking to share experiences beyond what a phone can capture,” claims the company.

“HERO is a great first GoPro for people looking to share experiences beyond what a phone can capture,” says Meghan Laffey, GoPro’s SVP of Product. “HERO makes it easy to share ‘wow’ moments at a price that’s perfect for first-time users.”

The HERO, which looks like the HERO5 and HERO6, comes with a 2-inch color touchscreen display on the back. It also comes with a tiny monochrome display on the front, which shows information like video quality, battery and storage remaining. The device has a built-in 4GB storage, which is expandable up to 128GB by using a microSD card.

The HERO features a single burst capture option (10 frames per second), as well as one time-lapse setting (0.5 seconds per shot). It takes 10-megapixel photos, instead of 12 megapixels, unlike its higher-end siblings. It can record video with a resolution of 1440p at 60 frames per second, which is just above the basic 1080p capabilities. However, it can’t shoot 4K or super-slow-motion footage. The device is water resistant up to 30 feet (1o meters) and can be used to shoot underwater footages.

GoPro also brings its digital video stabilization system to this new camera. It includes built-in hands-free voice control, which can start and stop recording, turn off the camera, and more. Additionally, it includes noise control that’s powered by three internal microphones. The HERO still uses an older Ambarella chip and not the GP1 image processor like the HERO6 Black.

The HERO is compatible with the GoPro app (iOS and Android) and can also auto-edit videos via QuikStory. In addition, it also has all the connectivity features like Bluetooth and Wi-Fi, which makes sharing videos and images a lot easier. It is compatible with 30+ GoPro mounting accessories.

For those who are interested and want to take the camera to the next level, can subscribe to GoPro’s PLUS subscription service. According to GoPro, “cloud backup, damaged camera replacement, 20-percent off accessory discounts and more are included with a PLUS subscription for just $4.99 a month, cancellable anytime.”

Check out the video below: