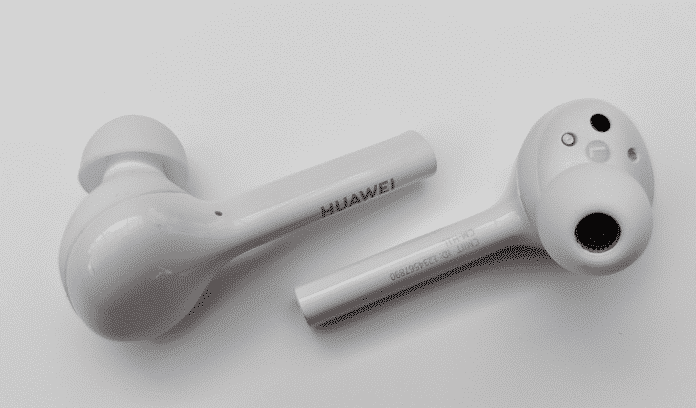 Huawei’s FreeBuds can function for 10 hours on a single charge, twice that of Apple’s Airpods

There is no denying that even the top smartphone manufacturers try to copy or clone some of the best smartphone features of its competitors and implement it in their devices so that they can attract more consumers and expand their market.

First, it was Apple’s iPhone X style notch design that was copied by few of its competitors, and now it is Apple’s AirPods – a set of wireless earbuds – that has caught the fascination of Huawei, a Chinese smartphone manufacturer company.

In a recently held launch event of Huawei’s most anticipated Huawei P20/P20 Pro flagship smartphones and the Mate RS, the company also unveiled a compatible audio accessory what appeared to be the most expensive AirPod ripoffs yet called as “FreeBuds”.

Huawei’s FreeBuds comes with 10 hours of playback time when fully charged, which is twice that offered by the Apple accessory on a single charge. It can be recharged when placed inside its charging case. According to Huawei, FreeBuds offers superior noise isolation when compared to Apple’s Airpods.

The Chinese company also announced the Huawei Active Noise Canceling Earphones and a new DAC Headphone Amplifier, which uses an “audiophile-grade” digital-to-analog converter to get the best audio out of your smartphone.

What do you think about Huawei’s ripoff of Apple’s Airpods? Do let us know in the comments section below.