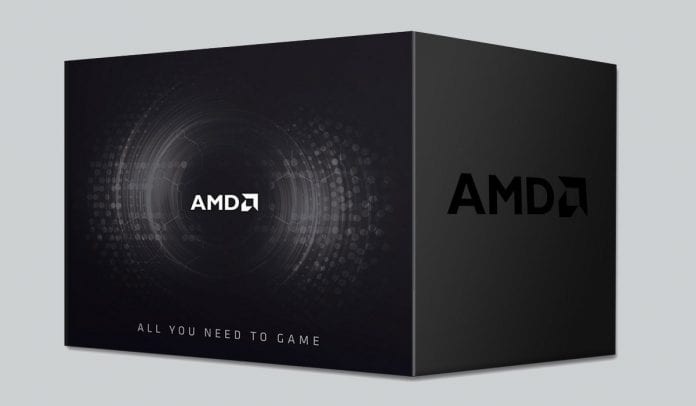 Thanks to crytominers, the GPUs (graphics processing units) have seen a surge in demand for running cryptocurrency mining rigs. However, the low supply of GPUs has propelled the available units in the market to be highly priced.

To help people procure some important new hardware, AMD has launched its ‘Combat Crate’ bundles for $549, which includes a Ryzen 5 1600 processor, MSI B350 Tomahawk motherboard, and an MSI Radeon RX 580 Armor OC graphics card. The main purpose of this package is to encourage PC gamers and enthusiasts to build a new gaming rig by making all the hardware essentials available in one package at a cheaper price. If the same components are purchased separately, it could cost $595, which means one saves $46 on the purchase.

“The AMD Combat Crate comes stocked with the essential hardware you need to push your game to the next level and lay waste to the competition. With a lightning-fast Ryzen processor, powerful Radeon RX graphics backed by revolutionary Radeon Software Adrenalin Edition and a future-ready MSI motherboard – the AMD Combat Crate is the ultimate arsenal for gamers,” according to AMD.

“With up to 8 cores and 16 threads, Ryzen processors are more than ready to take on whatever you throw at them, tackling the most demanding games and tasks with ease. Ryzen processors are multiplier-unlocked, giving you the freedom to overclock your processor and push your limits putting, even more, might at gamers’ fingertips. Operating on AMD’s AM4 platform, with numerous ports for additional hard drives, card expansion, and support for up to 64GB of DDR4 RAM, the TOMAHAWK is ready to power your gaming into the future.”

While the front of the Combat Crate box reads as “All You Need To Game,” but you’ll still have to supply everything such as some memory, storage, a chassis, additional cooling (CPU includes a cooler in the box), and also probably an operating system.

For more information on the AMD Combat Crate, you can visit the official AMD website by clicking here. You can also grab the Combat Crate bundle from Amazon for $549.