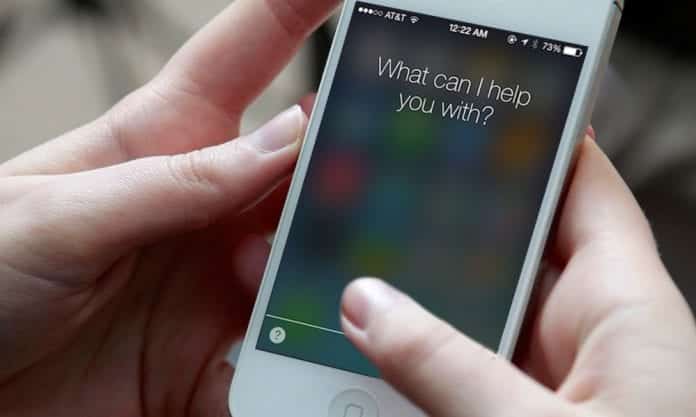 Siri gives an x-rated definition of the word ‘mother’

Users of Apple’s Voice Assistant Siri were in a surprise when it gave an explicit response when asked to define the word “mother”.

For those unaware, Siri is a built-in “intelligent assistant” that enables users of Apple iPhone 4S and later and newer iPad and iPod Touch devices to speak natural language voice commands in order to operate the mobile device and its apps. Siri also supports extended dictation, enabling users to have their words translated into text for use in e-mail and text messages, Facebook status updates, tweets, note-taking Web searching and similar operations.

The iOS powered virtual assistant responds correctly when asked to define the word “mother” on the iPhone or Mac on the first instance. It answers by saying “a woman in relation to a child or children to whom she has given birth”, which is correct. However, the Siri prompts the user if she could give another definition of “mother”. Once the user says yes, it comes up with a very inaccurate and terribly inappropriate answer, wherein Siri says, “as a noun, it means, short for mother****er.”

This amusing definition was apparently first reported on Reddit’s Apple community, where a user by the name “thatwasabaddecision” suggested that people ask Siri to “define the word mother,” and wait for the assistant to ask for an additional definition, and say “yes”. However, the user did not mention the second definition that Siri offered, which was not only explicit but also succinct.

The glitch is apparently spread across pretty much on all iOS devices, starting from the iPhone 5S to the latest iPhone X and iPads, as well as on computers running macOS. It even works with the Australian Siri.

“The weirdest part is the fact that Siri is such a prude when you swear at her,” wrote one commenter. Others found Siri’s pious response to be meaningless.

“I had no earthly idea what she was saying. Had to change it to American English to have any clue,” wrote one poster. Australian iPhone also users reported a similar response.

Although Siri depends on the Oxford Dictionary for definitions and it had “mother****er” answer as a secondary definition of the word “mother”, it chooses to go ahead with this alternate definition in spite of being listed as a short for a “vulgar slang” in the dictionary. However, for whatever reason, Siri does not include that descriptor and simply states the slang as it is.

Apparently, Apple has gone ahead and adjusted Siri’s answer after reports of Siri using the vulgar slang was out. The iOS powered virtual assistant now defines “mother” more harmlessly.