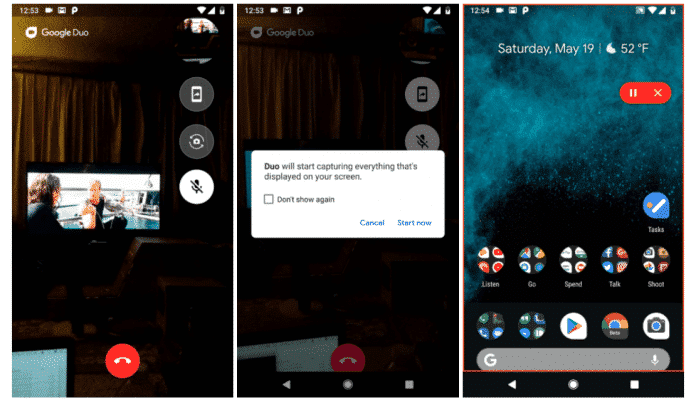 Google Duo video chat app’s latest version enables you to share your screen, but is it bug free?

Thanks to Google Duo you can now provide tech aid to your family and friends with a minimum of fuss, as their latest version of video chat app supports screen sharing which means it will now allow you to share your Smartphone’s screen over a video call.

So what’s the fissure between the idea and the reality?

This is the first time that such feature would appear on mobile devices and hence created a huge buzz. However based on Engadget report, it seems just a mere talk as this feature is not working as anticipated. The current version still has a lot of bugs that had lowered down customer’s experience. One such user shared his bad experience saying there was just a grey screen displaying on his phone instead of his friend’s screen. Another user just got a frozen image of the caller’s display.

Definitely, this is a great tool and has the potential to engage large number of users but Google still has to tinker a lot before launching it widely. The excitement over it is very obvious but you’ll have to wait until this feature is made thoroughly functional.

Hopefully Google will fix the issues and soon roll out an updated version and that would be a worth trial!