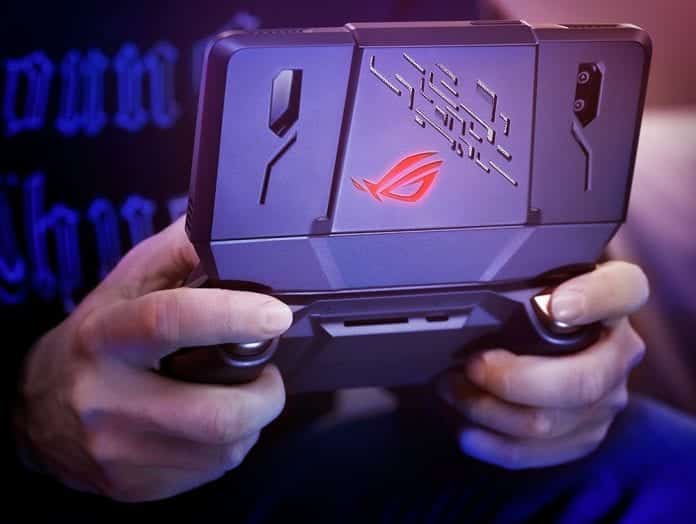 Earlier this week, the Taiwanese manufacturer ASUS unveiled its first dedicated high-end gaming smartphone, the ROG (Republic of Gamers) smartphone, designed for gamers at the Computex 2018 in Taipei. With this smartphone, the company is looking to follow companies such as Razer and Xiaomi, both of whom have launched smartphones like Razer Phone and Black Shark respectively, especially for gamers.

Designed for mobile gaming, the ROG features a 6-inch full HD+ (1080 x 2160 pixels) and comes with an 18:9 aspect ratio. Its AMOLED display blends a 90Hz refresh rate and 1ms response time. The display on the ROG Phone is also certified for HDR and has the DCI-P3 color gamut. ASUS has added the world’s fastest 2.96GHz octa-core Qualcomm Snapdragon 845 SoC coupled with a Qualcomm Adreno 630 GPU to the device. Besides this, the ROG Phone comes with 8GB of RAM, and 512GB of onboard storage (with two other options of 128GB and 256GB of storage).

While the specifications do sound crazy, it has come to light that ASUS was apparently experimenting with a 10GB of RAM in an unnamed flagship smartphone about 10 months ago.

According to Twitter tipster Roland Quandt, ASUS had planned to include 10GB of RAM in an upcoming flagship, but it seems that the idea was dropped by the company due to size constraints in the phone’s body. RAM is usually placed on top of the processor but there was insufficient space to fit the necessary chips.

So once upon a time (a few months back) ASUS wanted to put 10GB RAM in a new flagship (ROG phone maybe?). But that didn't work out, bc of packaging issues (usually placed on top of the SoC, but no room to put the necessary modules in the little space available for a PoP design)

With ASUS already experimenting with the possibility of including 10GB of RAM in a smartphone, there are chances that the company may come up with such a device in the near future by finding a way through the obstacle.

We have already heard about smartphones having RAMs that are between 4GB – 6GB, with one or two exceptions consisting 8GB of RAM. Do you think that we need smartphones with 10GB of RAM? Let us know your views in the comments section below.