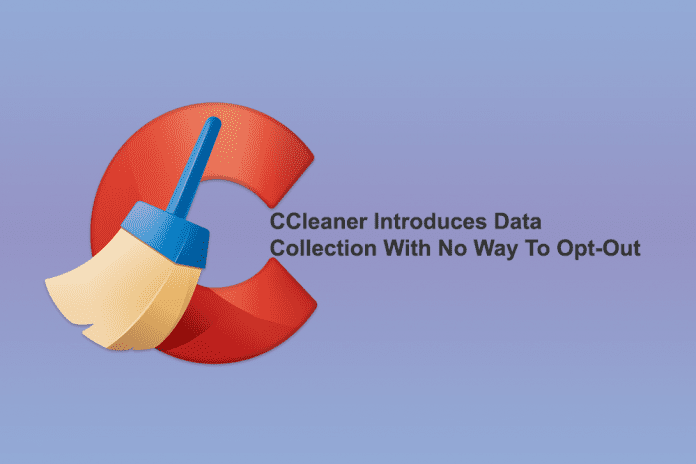 Avast responds to CCleaner outburst; promises users will be able to individually control both Active Monitoring and heartbeat

Users of CCleaner, the much-loved system cleaning tool, have been complaining of the product sloping downward with ‘malware’, advertising and other things ever since its maker Piriform has been bought by anti-virus company Avast last year. CCleaner, available in both free and premium versions for Windows, Mac, and mobile devices.

For those unaware, CCleaner is a utility program used to clean potentially unwanted files (including temporary internet files, where malicious programs and code tend to reside) and invalid Windows Registry entries from a computer.

Now, with the release of the latest CCleaner version 5.45, it has created more storm due to the software changes spotted in the changelog note that highlights the change in indirect terms. According to the company, it has “added more detailed reporting for bug fixes and product improvements,” which has annoyed its users.

Apparently, users are not really pleased about the data collection changes, Ghacks points out. Back in May, CCleaner had made changes to their privacy options and had stated that it collected only anonymous data from free users and hence, the options were not displayed to free users.

Users can immediately notice two changes made to the latest update to v5.45 in the free version of the app, which is it is nearly impossible to close the monitoring part of CCleaner (Active Monitoring and heartbeat), and the privacy settings from options have been removed from the free version of the program. What is worrying is that through active monitoring, the company has added spyware to the application to check on anonymous usage analytics, as well as continuously scan systems in order to alert users when junk files are found and clean them regularly.

According to CCleaner, heartbeat sends “non-personal, absolutely non-identifiable usage information for the purpose of improving CCleaner.”

While the company says this information is anonymized and “through collecting it we can rapidly detect bugs, identify pain points in the UI design and also understand which areas of functionality we should be focusing our time on. Most modern software companies collect anonymous usage data as it is very helpful when prioritizing bug fixes and future improvements in the product experience.”

Although, one can go to Options > Monitoring to disable “Enable system monitoring” and “Enable Active Monitoring”, however, these data collection feature turns itself on again when you restart the program, or after a reboot.

Also, if you click on the corner X-icon to close CCleaner, it only minimizes the software and does not closes it. In order to terminate the software, it has to be forcefully shut down. In other words, since it is impossible to close CCleaner using interface controls, it keeps continuously running in the background for most users and sends back reporting regularly to Piriform/Avast.

The changes in the latest version of CCleaner software has resulted in a backlash from the users, to which Piriform has responded in an official forum blog post.

In CCleaner v5.45 we extended existing analytics functionality in the software in order to gain greater insight into how our users interact with the software.

This data is completely anonymous, and through collecting it we can rapidly detect bugs, identify pain points in the UI design and also understand which areas of functionality we should be focusing our time on. Most modern software companies collect anonymous usage data as it is very helpful when prioritizing bug fixes and future improvements in the product experience. For example, we can see that many of our users have upgraded to the Professional edition but have never switched on the ‘scheduled cleaning’, which is one of the main benefits of the paid product. From this, we know we need to work harder to make this paid-for feature more obvious in the CCleaner UI.

Since the release, you have shared your feedback and we have been listening. Some of you are concerned that CCleaner might be accessing and sharing your personal data. To be clear, CCleaner does not collect any personal data. Some of you told us that you do not want to share even anonymous usage data. After listening to your feedback we realize we need to provide you with a better level of control for anonymous data collection.

When it came to adding the new analytics, the simplest way to do so was to extend the ‘Active Monitoring’ feature. Active Monitoring has been in CCleaner for a number of years and is essentially just some intelligent triggers for alerting you to clean out junk data when a lot of it has accumulated, and also for keeping you updated with the latest (and safest) cleaning definitions. Scary name aside, these contextual cleaning alerts help to remind people that cleaning is more of a maintenance task than a one-shot solution. Over time junk files will continue to be generated and more tracking files added and these alerts help our users to stay on top of that.

Back to v5.45, and to what we have learned: combining the new analytics with the Active Monitoring feature was quick to implement, but it doesn’t offer a lot of flexibility in terms of controlling these distinct items separately. Lesson learned: simplest isn’t always best.

You spoke, we listened. Here’s what we’re doing:

The next version of CCleaner is expected to arrive “in the coming weeks”; hence, users will have to use version 5.45 until then.