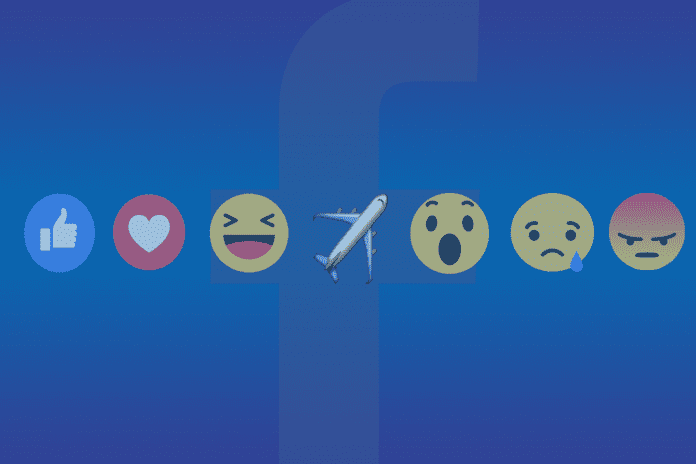 Facebook introduced an airplane reaction button but quickly deleted it too

If you are a regular Facebook user, you would have come across something strange this Tuesday morning on the social media platform. Besides the app’s standard post reactions—Like, Love, Haha, Wow, Sad, and Angry—some users also noticed an emoji reaction button to posts with a plane.

Soon after, users began to report that they were able to react to posts with a new airplane emoji. Apparently, the new plane emoji was only available on Facebook’s Android app and that too after clearing the app’s cache.

According to some users, the new emoji appeared only if they updated the Android app and flushed the cache in the app. Then they had to hold down the ‘like’ button in the comments section of a post, which would then show two angry face reaction icons. By clicking the second one, an airplane emoji would appear as your reaction instead. Also, everyone was able to see the reaction emoji, if someone else posted it.

@facebook has released its previously hidden plane ?? reaction button for android's with an updated app and it’s confusing everyone! ??

It seems that the plane appears to have been designed as part of hackathon event at Facebook’s headquarters. The plane emoji was a bug and not an actual feature, Facebook said.

“This was created as part of an employee hackathon and wasn’t cleared for takeoff,” said a Facebook representative. “Our apologies.”

While Facebook has removed the plane reaction and we may never come across it unless it is officially revealed by the social media giant, it did disclose its most popular reactions back in 2017.

According to Facebook, over half of the reactions people used that year was that of the heart emoji, which was also the most used emoji on Christmas Day 2016.

The World Emoji Day 2018 that was celebrated on July 17, saw the heart emoji used twice as much as in 2017, Facebook said.