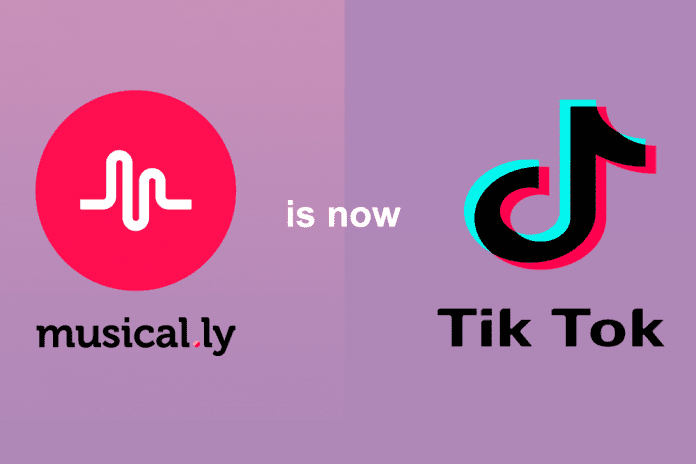 Musical.ly, a short-form video app, which is popular among teenagers in the Americas and Europe, is no longer be available, and the users have been migrated over to TikTok, a similar popular app that is especially famous among youth in Asia.

For those unaware, Musical.ly was a Chinese video social network app for video creation and live broadcasting. This app allowed users to be creative and let them create and share short singing and dancing videos by lip syncing to their favorite songs and audio clips. Users could create 15-second to 1-minute videos through the app and select sound tracks to accompany them, use different speed options (time-lapse, fast, normal, slow motion, and epic) and add pre-set filters and effects. It also allowed users to browse popular “musers,” content, trending songs and sounds and hashtags.

Musical.ly was officially launched in August 2014, and by the end of May 2017, the app reached over 200 million of users. However, in November 2017, China’s Beijing Bytedance Technology Co., which also owns the company Tik Tok that was launched in 2016, acquired Musical.ly, Inc. for a reported US $1 billion. Back then, Bytedance had said that acquiring Musical.ly would help its users and advertisers tap into new markets.

“Musical.ly and TikTok currently operate in complementary geographies without much overlap and as both platforms continue to grow rapidly now is the time to bring them together,” Stefan Heinrich, head of global marketing at TikTok, told Reuters.

“It better reflects the breadth of content created on our platform that extends beyond music to comedy, performance art and more. Supporting one platform will allow us to expand our on-the-ground presence more quickly and easily – building local teams to support each market,” Heinrich added.

Alex Zhu, co-founder of Musical.ly and senior VP of TikTok said in the press release, “TikTok, the sound of a ticking clock, represents the short nature of the video platform. We want to capture the world’s creativity and knowledge under this new name and remind everyone to treasure every precious life moment. Combining musical.ly and TikTok is a natural fit given the shared mission of both experiences — to create a community where everyone can be a creator.”

TikTok will be updated where it will feature most popular elements of both TikTok and Musical.ly, bringing together the best of both worlds. It includes a feed that highlights content from a user’s community and features a personalized video recommendation based on viewing preferences. The app also comes with a new feature that will notify users when they have been active in the app for more than two hours that day.

TikTok is available via Apple’s App Store and Google Play. The existing accounts of Musical.ly users will automatically upgrade to TikTok when they update the current app, where they can find their account, videos and personal settings inside the new app.

Last month, Musical.ly shut down Live.ly, a live streaming app that it had created prior to the acquisition. The company asked its users to try out LiveMe, a rival app in which Bytedance is an investor.