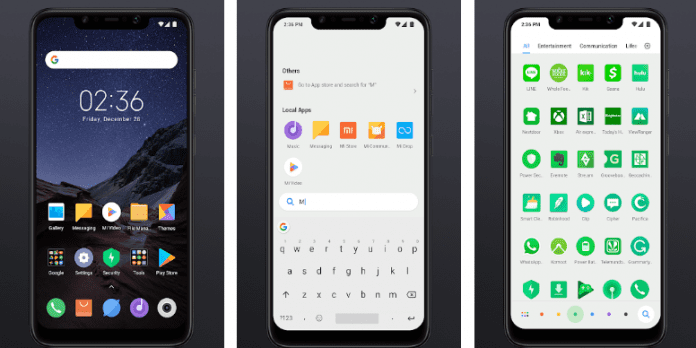 Xiaomi, the Chinese smartphone manufacturer, has finally released their flagship POCO F1 launcher on the Google Play Store that is compatible with almost all devices out there.

For those unaware, POCO Launcher is the name of the launcher that comes pre-installed with Xiaomi’s sub-brand Pocophone’s flagship phone, the Poco F1. Although POCO Launcher was available for download from a third-party provider, it was not officially available on the Google Play Store. However, Xiaomi has now made the POCO Launcher available for other MIUI phones via an official APK file.

It comes with an app drawer, and includes some of stock Android’s design into the mix. It also provides plenty of customization options, and supports custom icon packs, hide-apps, app recommendations, changing the appearance of the scrollbar and lots of other features. The POCO Launcher also groups apps based on the colour of the icons that allows easy access to apps.

Unfortunately, the POCO Launcher cannot be downloaded from the Google Play Store, as the listing shows that “the early access program” is full on our Xiaomi Mi A2. However, those who are still interested can download the app by visiting the APK download link. The POCO Launcher requires Android 5.0 or above on both Mi and Non-Mi devices.