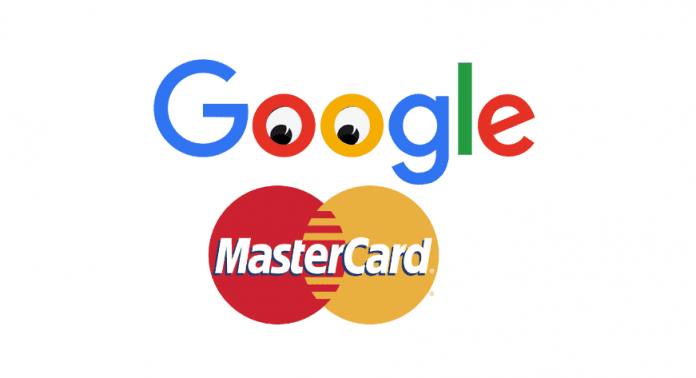 A partnership between Google and Mastercard allows the search giant to track offline sales data, says a Bloomberg report who cited four people “with knowledge of the deal”. In other words, Mastercard is basically selling customer data to Google.

“For the past year, select Google advertisers have had access to a potent new tool to track whether the ads they ran online led to a sale at a physical store in the U.S. That insight came thanks in part to a stockpile of Mastercard transactions that Google paid for.

“But most of the two billion Mastercard holders aren’t aware of this behind-the-scenes tracking. That’s because the companies never told the public about the arrangement,” Bloomberg mentions in its report.

The data is used for Google’s Store Sales Measurement tool, which allows the search giant to find a connection between clicks on digital ads and purchases in brick-and-mortar stores. A part of the solution matches clicks with purchases in offline stores, made with debit or credit cards. If there’s a match, Google shares the feedback with the advertisers and show them how their adverts on Google’s network led to purchases in retail locations.

It is important to note that this feature works only if a customer is logged into a Google account and has not switched off the Google Ad Tracking. Also, it works only if the customer makes a purchase within 30 days of the click. Currently, only select retailers can access the data.

“People don’t expect what they buy physically in a store to be linked to what they are buying online,” Christine Bannan, counsel with the advocacy group Electronic Privacy Information Center, told Bloomberg. “There’s just far too much burden that companies place on consumers and not enough responsibility being taken by companies to inform users what they’re doing and what rights they have.”

Although Mastercard couldn’t be reached for comment, a spokesperson sent a statement to Slate, which read, in part:

Regarding the [Bloomberg] article you cited, I’d quickly note that the premise of what was reported is false. The way our network operates, we do not know the individual items that a consumer purchases in any shopping card — physical or digital. No individual transactions or personal data is provided. That delivers on the expectation of privacy from both consumers and merchants around the world. In processing a transaction, we see the retailers name and the total amount of the consumer’s purchase, but not specific items.

According to Bloomberg, Google had once claimed that the company has access to “approximately 70 percent” of credit and debit card data in the U.S. However, earlier this year, Google made some tweaks to the settings that allow the user to opt out of ad tracking via its “Web and App Activity” console.