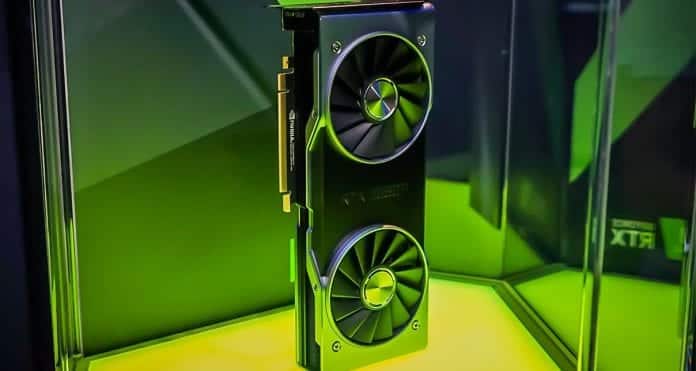 The leaked 3DMark Time Spy benchmark score of Nvidia’s upcoming RTX 2080 Ti reveals that the RTX 2080 Ti offers a 35% increase in performance compared to the GTX 1080 Ti Founders Edition, according to a tweet posted by Videocardz.

Someone sent me a tip with a TS score of RTX2080Ti a few days ago. Promised to deliver a proof later.

So this is what I received today. pic.twitter.com/q2N2LilZQp

The RTX 2080 Ti scored 12,825 in 3DMark Time Spy, a demanding benchmark that tests DirectX 12 performance, as against GTX 1080 Ti that scored about 9,500. If we consider the image leaked is genuine, the 12825 score suggests a performance increase of 35%. If these numbers hold true, it will be impressive stuff from NVIDIA’s new generation of graphics cards.

Since this is just an early benchmark leak, we request you to take this information with a pinch of salt. Nvidia’s upcoming RTX 2080 Ti releases on September 20. Keep watching this space for more updates as this is a developing story!