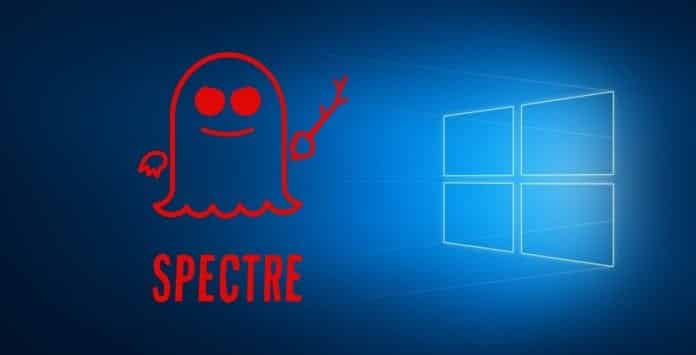 Microsoft will be applying Spectre Variant 2 speculative execution side-channel attack in the next release of Windows 10, reports MSPowerUser who were the first to spot the news.

Codenamed as Windows 10 19H1, this Microsoft’s fix is expected to contain new adaptations to the Spectre-patch problem.

For those unaware, earlier this year, two serious hardware vulnerabilities, Meltdown and Spectre were discovered that affected many modern processors and allowed programs to steal sensitive data. Back then, while several companies faced slowdown on their networks, Google’s cloud systems faced little to no damage due to an alternative approach used by the company to mitigate the effects of Spectre and Meltdown.

The approach called as ‘Retpoline’ is a faster way of blocking Spectre-based attacks with “negligible impact on performance,” according to Google. While Microsoft patched the Spectre flaws back in January 2018, the fix affected the performance of the PCs resulting in slowdowns.

Microsoft is now looking to use the same approach used by Google in its own operating system to eliminate performance slowdowns. The tech giant will “enable Retpoline by default” starting from the next feature update that will be released to Windows 10.

“We have enabled retpoline by default in our [Windows 10 version] 19H1 [builds] along with what we call ‘import optimization’ to further reduce [performance] impact due to indirect calls in kernel-mode,” tweeted Microsoft’s Mehmet Iyigun, who works on the Windows kernel team. “Combined, these reduce the [performance] impact of Spectre v2 mitigations to noise-level for most scenarios.”

Yes, we have enabled retpoline by default in our 19H1 flights along with what we call "import optimization" to further reduce perf impact due to indirect calls in kernel-mode. Combined, these reduce the perf impact of Spectre v2 mitigations to noise-level for most scenarios. https://t.co/CPlYeryV9K

Windows 10 19H1 will be able to reduce performance impact caused by Spectre v2 mitigations to “noise-level,” according to Iyigun. In other words, end-users should be able to experience a huge improvement in the CPU performance that originated from previous fixes.

Fast and Skip Ahead Insiders who are currently testing the latest Windows 10 19H1 Insider builds should have the change in effect, as Microsoft had already started releasing the new 19H1 builds to them earlier this month. However, the patch will not arrive to Windows 10 users until the next major Windows 10 update that is scheduled for the first half of 2019.