In August this year, Activision, an American video game publisher, had partnered with Tencent Games, the mobile publisher of the popular multiplayer online battle royale game, PlayerUnknown’s Battlegrounds (PUBG), for a new Call of Duty mobile game for China!

After its initial success in China, Activision has now soft-launched Call of Duty: Legends of War, the newest first-person shooter game for mobile on Android for select regions, in collaboration with Tencent Games.

Apparently, Call of Duty: Legends of War, is already available for download for users in Australia from the Google Play Store in a closed alpha.

According to the description, the new game “combines the best maps, characters, weapons and gear from the Call of Duty universe and brings them together for the first time.”

The game features multiplayer (with 4 game modes like Free4All, Search & Destroy, Team Deathmatch and Frontline) along with a zombie mode where you can fight against real players or bots.

Further, it includes classic maps such as Nuketown, Killhouse, Hijacked, Crossfire, Standoff, and Crash. Players can choose to don characters from the Call of Duty Universe like Price, Ghost, and others to participate in the game.

Just like in PUBG, players can customize characters and weapons by using the in-game currency which can be earned by playing through the game or by real-world currency.

The new game has a new Facebook page that showcases a trailer for Call of Duty: Legends of War, which combines an MP and Zombies experience.

Also Read- How To Play Call Of Duty: Mobile On PC

How To Download Call Of Duty Mobile Beta Version-

Those who are interested in downloading Call of Duty: Legends of War before it is officially released around the globe can follow the steps below:

However, please note that since the game is currently in alpha stage, the chances of bugs affecting your gameplay often is very high. 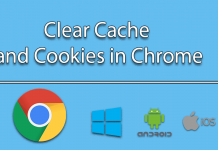