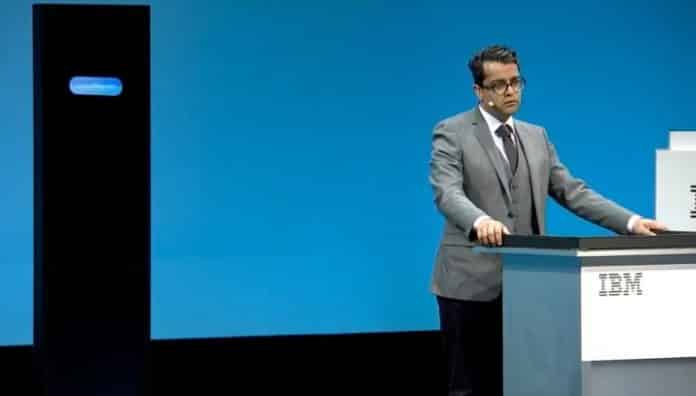 Last year, IBM, the global technology giant, had showcased an Artificial Intelligence (AI) machine that could argue, refute, debate and win against humans. Now, the very same IBM-made machine has lost out to a human champion debater from London.

For those unaware, IBM has a long list of major AI innovations, which also include “Deep Blue,” the IBM system that took on chess world champion Garry Kasparov in 1997, and IBM Watson, which beat the top human champions on Jeopardy! in 2011.

The AI system, Miss Debater (formerly known as Project Debater) was pitted against 31-year-old Harish Natarajan, a grand finalist at the 2016 World Debating Championships and 2012 European Debate Champion. The event was held in San Francisco’s Yerba Buena Center for the Arts on Monday, which was attended by as many as 700 spectators.

The topic of the debate was ‘whether or not preschools should be subsidized.’ The debate topic wasn’t revealed to the AI system or Natarajan until 15 minutes before they took to the stage. Project Debater argued in favor of subsidized preschool while Natarajan argued against it.

Before the debate, 79% of the audience agreed that preschool should be subsidized while 13% disagreed. The debate on pre-school subsidies lasted for 25 minutes. By the end of the debate, 62% of the crowd agreed and 30% disagreed. In this style of debate, the debater who is able to change the minds of the audience and gain most percentage points is declared the winner, and as a result, Natarajan was hailed the victor.

However, 58% also said that they felt Debater better enriched their knowledge about the issue, whereas Natarajan scored 20%.

Despite losing the challenge to Natarajan, the world-class debater was impressed with the fact that Debater could contextualize information and extract details from research. AI’s answers came from its database of 10 billion sentences taken from journal and newspaper articles.

“What really struck me is the potential value for Project Debater when synthesised with a human being, and the amount of knowledge that it is able to grasp,” said Natarajan after the debate.

“It was fascinating to listen to because I can see a lot of the potential it has, just in terms of the knowledge and its ability to contextualise that knowledge better than most human beings.”

Dr. Noam Slonim, one of two primary researchers behind Project Debater, added: “Ultimately, what we saw was that the interaction of man and machine could be enriching for both.

“It’s not a question of one being better than the other, but about AI and humans working together.”

You can check out the full debate video below.