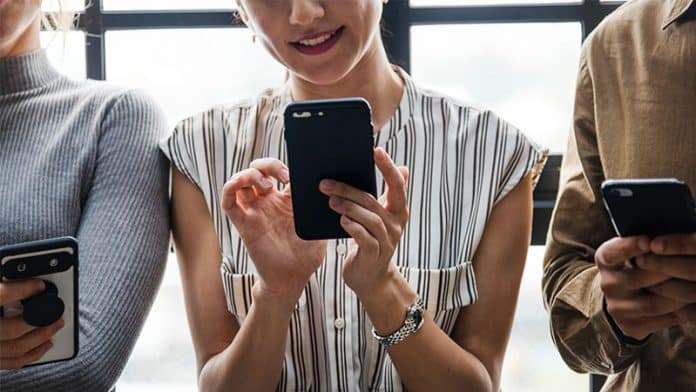 Average cost of mobile data plans around the world in 2019

Recently, UK-based price comparison website cable.co.uk released a detailed analysis of mobile data pricing for 1GB (one gigabyte) of mobile data around the world in 2019. The data was collected from 6,313 mobile data plans in 230 countries for the period between 23 October and 28 November 2018. The average cost of 1GB was then calculated and compared to form a worldwide mobile data pricing league table.

According to the table, India topped the list as the cheapest country for 1GB of data with the average price of 1GB of mobile data costing $0.26, reports Forbes. Kyrgyzstan came second with $0.27 while Kazakhstan came third with $0.49 followed by Ukraine ($0.51) at fourth-place.

On the other hand, Zimbabwe is the most expensive country with an average mobile data price of $75.20 for 1GB, which is 289 times more than that of India. What is even more shocking is that the most expensive gigabyte costs an eye-watering $138.46 in Zimbabwe.

The infographic chart below gives a synopsis of pricing in 15 selected countries with visible differences that can be instantly seen in Europe. For instance, Italian smartphone users pay an average price of $1.73 for 1GB of mobile data, while users in France, United Kingdom, and Germany pay $2.99, $6.66 and $6.96 respectively for the same amount. The average costs for 1GB of mobile data are even higher in North America costing $12.02 in Canada and $12.38 in the United States. 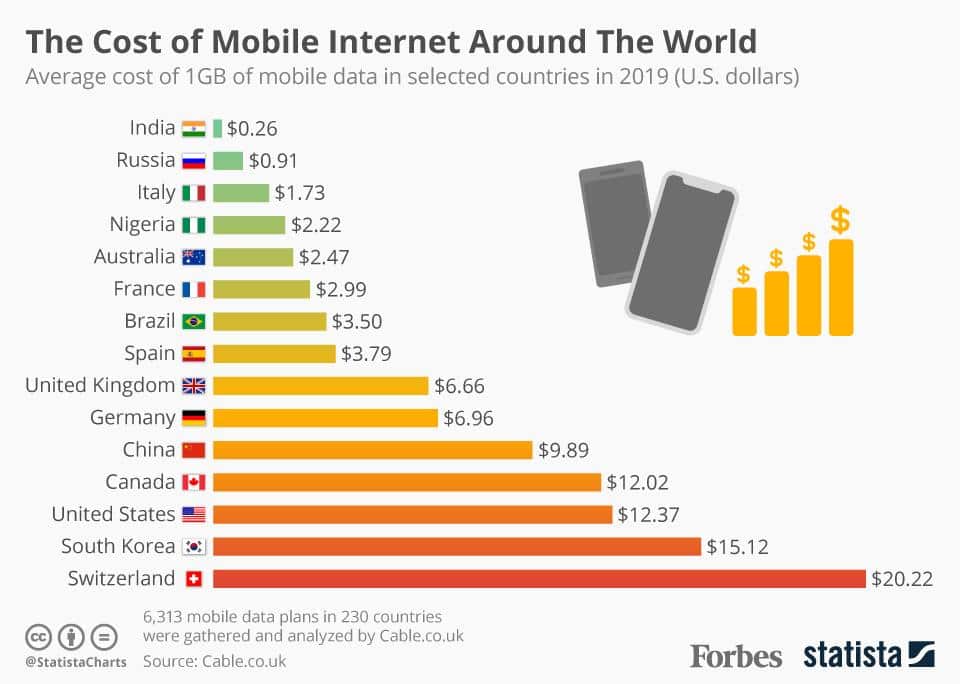 Although South Korea is a technologically advanced nation having an extraordinary mobile infrastructure and lightning fast internet for years, it has the most expensive mobile data prices in the world at around $15 for a gigabyte. Smartphone users in Seoul are still in a better situation than Switzerland smartphone users where costs are in excess of $20.

Commenting on the mobile data research, Dan Howdle, consumer telecoms analyst at Cable.co.uk said, “Many of the cheapest countries in which to buy mobile data fall roughly into one of two categories. Some have excellent mobile and fixed broadband infrastructure and so providers are able to offer large amounts of data, which brings down the price per gigabyte. Others with less advanced broadband networks are heavily reliant on mobile data and the economy dictates that prices must be low, as that’s what people can afford.

“At the more expensive end of the list, we have countries where often the infrastructure isn’t great but also where consumption is very small. People often buy data packages of just tens of megabytes at a time, making a gigabyte a relatively large and therefore expensive amount of data to buy. Many countries in the middle of the list have good infrastructure and competitive mobile markets, and while their prices aren’t among the cheapest in the world they wouldn’t necessarily be considered expensive by their consumers.”