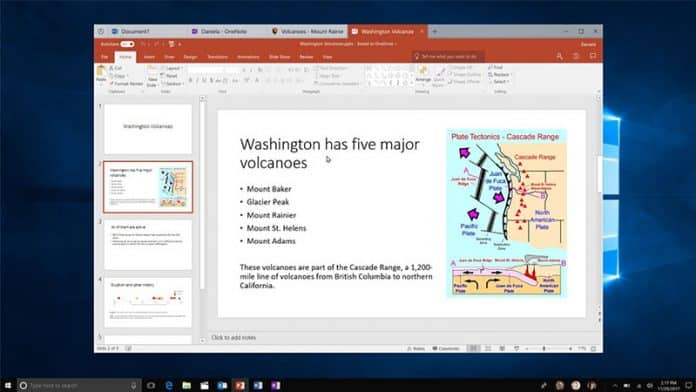 Microsoft’s Sets feature appears to be dead for now

Microsoft has decided to discontinue its “Sets” feature that was originally expected to debut in the forthcoming Windows 10 May 2019 Update.

Over the weekend, Rich Turner, a Senior Product Manager at Microsoft responsible for the Windows Console, broke the news on Twitter while responding to a user’s question on Sets that “the Shell-provided tab experience is no more”. However, he said that the company is working to add support for tabs to PowerShell.

The above news has been confirmed by ZDNet’s Mary Jo Foley who says the Sets feature is gone, according to her internal sources at Microsoft.

For those unaware, Sets – a Windows-management feature – was introduced by Microsoft in 2017 with the promise of giving users the much-requested tabbed File Explorer experience. This feature would give users the ability to organize related applications, websites, documents, and other information into one tabbed Windows. Basically, it would allow users to open multiple instances of the browser either as a tab or a separate window and toggle between them without opening a new window.

Apparently, the feature wasn’t very popular with beta testers taking part in the Windows Insider Program. According to ZDNet’s internal sources at Microsoft, Sets “wasn’t well received or understood” and that “the Office engineering team was going to have to do a lot of extra work” to ensure Microsoft’s productivity suite worked well with the feature.

With the Sets feature itself being heavily dependent on the UWP version of Edge and with Edge now moving to Chromium made Microsoft realize that all the work required to make Sets work isn’t worth it. As a result, the company decided to quietly cancel the Sets feature. Looks like the company has plans to remove the old Edge from Windows 10 once the Chromium version of Edge is ready.

While there was a lot of debate whether Turner’s tweet was related to Windows 10’s Sets feature or not, the same was however clarified to Windows Central that the tweet was unrelated to Sets.

“We’ve taken Sets offline from WIP to continue to evaluate long term while also needing to prioritize other work tied to Microsoft Edge,” a Microsoft spokesperson told in an official statement to Windows Central.

In other words, the company is presently prioritizing its work regarding Edge and Sets is something that Microsoft may look to work on sooner or later. Keep watching this space for more updates!