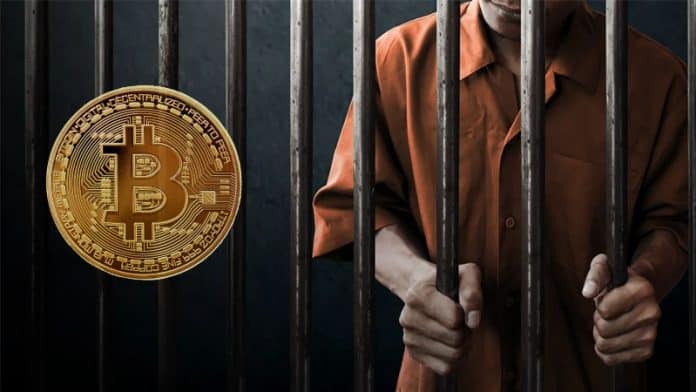 If you are involved in holding, selling or dealing in cryptocurrencies such as Bitcoin and Ethereum in India, then you may want to think twice, as you could land yourself in jail for 10 years for doing so.

Apparently, the recommendation is a part of the draft “Banning of Cryptocurrency and Regulation of Official Digital Currency Bill, 2019”, which will be applicable to those who “mine, generate, hold, sell, transfer, dispose, issue or deal in cryptocurrencies directly or indirectly,” according to a report by Bloomberg Quint.

Besides this, the bill includes a penalty system for the offenders. “The penalty imposed on the accused, according to the bill, shall be either thrice the loss caused to the system, or three-fold the gains made by him/her, whichever is higher. If the loss or gain can’t be reasonably determined, the maximum fine that can be imposed may be notified by the government,” Bloomberg Quint quotes the draft.

In addition to the penalty for cryptocurrency users, “if any conduct is punishable under any other law, this Act will be in addition to, and not in derogation of such law,” the article quoted the draft as saying.

If the drafted bill is passed in India, cryptocurrencies such as Bitcoin and others will become illegal entities, and anyone dealing with them will be considered as criminals. Also, usage of cryptocurrencies will be cognisable and non-bailable offense, which means the offenders will not even have the possibility of getting bail.

Further, cryptocurrency holders will have 90 days to declare and dispose of cryptocurrencies “in accordance with the prescription of the central government,” the report notes.

The draft bill for banning cryptocurrency has been developed under the leadership of the Economic Affairs Secretary Subhash Chandra Garg and comprises members from the central bank and other regulatory authorities, according to the report.

India is likely to introduce its own digital currency called “Digital Rupee”, which will happen after consultation with Reserve Bank of India (RBI) – the central bank of the country.