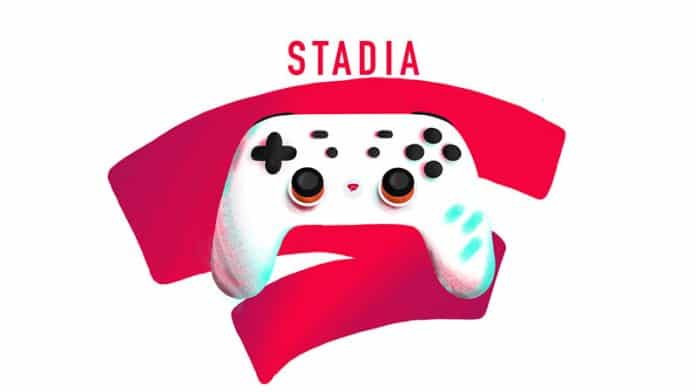 Google Stadia game streaming service set for a November release at $9.99 per month

Google has finally confirmed that Stadia Pro, which is the service’s premium subscription model, will be launching in November at $9.99 per month.

For those unaware, in March this year, Google had announced its new cloud-based gaming platform ‘Stadia’ at the Game Developers Conference (GDC) 2019 keynote presentation in San Francisco. Back then, the search giant had demonstrated titles from the Doom and Assassin’s Creed franchises but no price or exact release date was revealed at the event.

The whole idea behind introducing Stadia is to allow consumers to play online console-level games without the need to own expensive gaming PCs or console video game systems.

The $9.99 monthly subscription will let you stream games up to 4K HDR at 60fps (frames per second) with 5.1 sound gaming on your TV (Chromecast Ultra required), desktop, tablet and smartphones (starting with Pixel 3 and Pixel 3a). It will also offer access to “regular content added to your library.” More phones and devices will be added in due course, Google says.

Stadia will have 31 games (listed below) at launch in November from 21 different major publishers:

Further, Stadia Pro subscribers will also get Destiny 2 and all its expansions, the upcoming Shadowkeep expansion, as well as an annual pass to play the Bungie game as one of the services’ first free offerings for a limited time. It will also allow the ability to transfer your Guardian character or a safe from another platform to the Stadia version of Destiny 2 instead.

More games are expected to be added to Stadia Pro as time passes by. Games that are not a part of the subscription will have to be purchased separately at their retail cost. Titles from Capcom, Electronic Arts and Rockstar Games are also expected to be announced soon on Stadia.

“The strategy was to show that Stadia was a great platform for very large triple-A game developers as well as smaller indie developers, all over the world,” said Jack Buser, head of business development for games at Stadia. “We wanted to show that Stadia was capable of any type of game, no matter fast-paced, how high definition, Stadia could handle that game, no problem.”

To play, all you will need is a device with Google Chrome or a Chromecast Ultra. You will also need a Stadia controller that can be purchased for $69 or you can connect to any non-Google game controller that connects your device or a mouse and keyboard setup.

From a bandwidth perspective, you will require a strong internet connection to stream games onto your device. Google recommends:

Those interested in Stadia can preorder the Stadia Founders Edition from Google Store. The Founders Edition costs $129.99 and will release in November 2019. It comes with a limited-edition Night Blue controller, a Chromecast Ultra (necessary to play in 4K HDR at 60fps on your big screen TV), three months of Stadia Pro subscription, exclusive Stadia Name, three-month buddy pass, and access to Destiny 2: The Collection.

Stadia Base, a free version of the service, is coming in 2020 that only supports 1080p, 60 fps, stereo sound game streaming on your PC or Pixel smartphone. In the event, you cancel your Stadia Pro subscription, you will still be able to play already purchased games on Stadia Base.

Stadia will launch in 14 countries this November, which are Belgium, Finland, Canada, Denmark, France, Germany, Ireland, Italy, Netherlands, Norway, Spain, Sweden, the United Kingdom, and the USA (excluding Hawaii and Guam). The service will be expanded to more countries in 2020 and beyond.