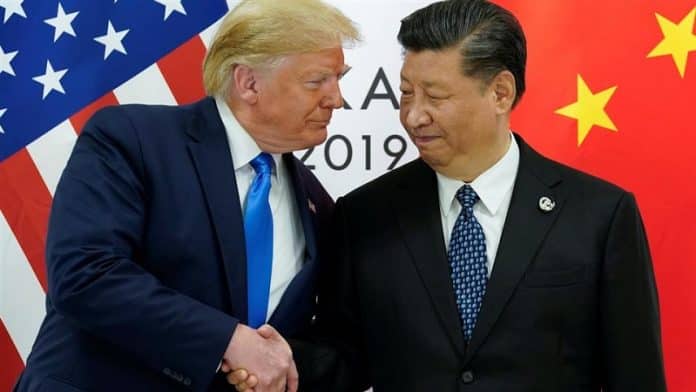 Huawei can buy technologies from the U.S., says Trump

In a major reprieve to the banned Huawei Technologies Co, Donald Trump, the President of U.S announced that U.S. companies could start resuming sales with the banned Chinese telecom equipment giant provided the sales did not involve equipment that poses a national security threat to the country.

Mr. Trump and Xi Jinping, President of China, agreed to a trade truce between the two countries during a lunch meeting on the sidelines of a Group of 20 meetings in Osaka, Japan.

Speaking at a press conference following the summit on Saturday, Mr. Trump reportedly said China and the U.S. can be “strategic partners”.

“These are American companies producing the products. This is complex … highly scientific. We are the only one with the technology. I have agreed to allow them to continue selling the products I like our companies selling things to others … very complex things. These are not things easy to make … our companies were very upset, but we are allowing them. So if it is not a national security issue, we are allowing them to sell,” said Mr. Trump in a statement to the media.

Both the countries have agreed to purchase a “tremendous” amount of U.S. goods to reduce the trade disparity.

The cease-fire allows U.S. companies to temporarily trade with Huawei beyond the 90-days grace period. Also, Mr. Trump confirmed that the U.S. would not be adding tariffs on $300bn (£236bn) worth of Chinese imports. Additionally, the sales will also help Huawei continue to sell products such as smartphones and servers.

However, the ban still stands on Huawei as it continues to be on the U.S. Department of Commerce’s so-called “Entity List” of companies that bars from trading with American entities. But, U.S is ready to consider lifting the trade ban with Huawei and the trade talks will happen soon.

Speaking on lifting the ban on Huawei, Mr. Trump said that it would be discussed at “the very end” of trade talks. “We’re not discussing that with President Xi yet,” he said.

Recently, many major tech firms like Google, Intel, and Qualcomm stopped all active business with Huawei following the ban. This prompted the Chinese tech giant to develop its own workarounds and help the existing userbase.

It will be interesting to see how Huawei reacts to the recent trade ban development. Keep watching this space for more updates as this is a developing story.