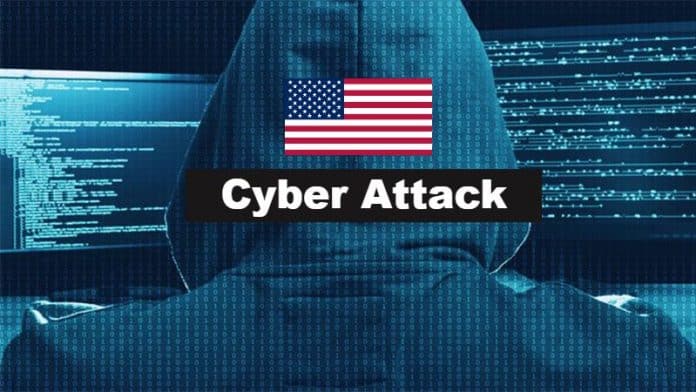 The U.S. Cyber Command reportedly launched a cyber attack against Iran last Thursday even after President Donald Trump backed off from using conventional weapons to strike Iran in response to the downing of an American surveillance drone, U.S. officials said on Saturday.

The attacks specifically targeted a spy group tied to Iran’s Islamic Revolutionary Guard Corps (IRGC), a branch of Iran’s Armed Forces, which was designated a foreign terrorist group by the Trump administration earlier this year. The hack disabled Iranian systems that used to control some of the country’s rocket and missile launchers.

Two former intelligence officials who spoke on condition of anonymity told The Associated Press that the strikes were conducted with approval from Trump.

Apparently, the online attacks had been developed by the U.S. over several weeks, which was meant to be a direct response to last week’s attacks on two oil tankers in the Gulf of Oman and the downing of a U.S. surveillance drone by Iran for violating airspace.

“This operation imposes costs on the growing Iranian cyber threat, but also serves to defend the United States Navy and shipping operations in the Strait of Hormuz,” Thomas Bossert, a former senior White House cyber-official in the Trump administration, told the Washington Post.

“Our US military has long known that we could sink every IRGC vessel in the strait within 24 hours if necessary,” Bossert told the Post. “And this is the modern version of what the US Navy has to do to defend itself at sea and keep international shipping lanes free.”

The cyber-attack comes tensions escalate between the two countries with Mr. Trump saying that Iran faced “obliteration” in the event of war.

Mr. Trump said on Saturday that he backed away from plans for a more conventional military strike after he learned that up to 150 Iranians could have been potentially killed.

“I stopped it, not … proportionate to shooting down an unmanned drone,” he tweeted at the time.

Mr. Trump tweeted: “I never called the strike against Iran “BACK,” as people are incorrectly reporting, I just stopped it from going forward at this time!” He also tweeted that the U.S. would be imposing “major additional sanctions” on Iran.

I never called the strike against Iran “BACK,” as people are incorrectly reporting, I just stopped it from going forward at this time!

Iran cannot have Nuclear Weapons! Under the terrible Obama plan, they would have been on their way to Nuclear in a short number of years, and existing verification is not acceptable. We are putting major additional Sanctions on Iran on Monday. I look forward to the day that…..

However, Mr. Trump reiterated on Sunday that he is not looking for war with Iran but warned the country would face “obliteration” if conflict broke out.

“I’m not looking for war and if there is, it’ll be obliteration like you’ve never seen before. But I’m not looking to do that. But you can’t have a nuclear weapon. You want to talk? Good. Otherwise, you can have a bad economy for the next three years,” Mr. Trump told NBC on Sunday.

U.S. Secretary of State Mike Pompeo announced on Sunday that he would be traveling to Saudi Arabia and the UAE for talks, and repeat his offer for negotiations with Iran to reduce tensions.

“We’re prepared to negotiate with no preconditions. They know precisely where to find us,” Mr. Pompeo told reporters. “I am confident that at the very moment they are ready to engage with us we will be able to begin these conversations.”

In response to the U.S. cyberattack last week, Iran on Monday said the attack on its military had failed. However, it was willing to have discussions with the U.S. if they are prepared to lift sanctions and offer new incentives.

“They try hard, but have not carried out a successful attack,” Mohammad Javad Azari Jahromi, Iran‘s minister for information and communications technology, said on Twitter.

“Last year we neutralized 33 million attacks with the (national) firewall,” he said.

Fearing that a small mistake on either side could cause a war, allies of the U.S. have been calling for steps to defuse the crisis between the U.S. and Iran.

“We are very concerned. We don’t think either side wants a war, but we are very concerned that we could get into an accidental war and we are doing everything we can to ratchet things down,” British Foreign Secretary Jeremy Hunt said.

Brian Hook, the U.S. special representative for Iran, told European reporters on a phone call ahead of his arrival to Europe that Trump was willing to have discussions with Iran, provided the country does a deal before sanctions could be lifted.

Ever since the U.S. pulled out of a 2015 nuclear deal between Iran and world powers last year, tensions between the U.S. and Iran have increased. The reinstatement of U.S. sanctions not only bars U.S. companies from trading with Iran but also with foreign firms or countries that are dealing with Iran. It has also hit the energy, shipping and financial sectors in Iran triggering an economic meltdown in the country.