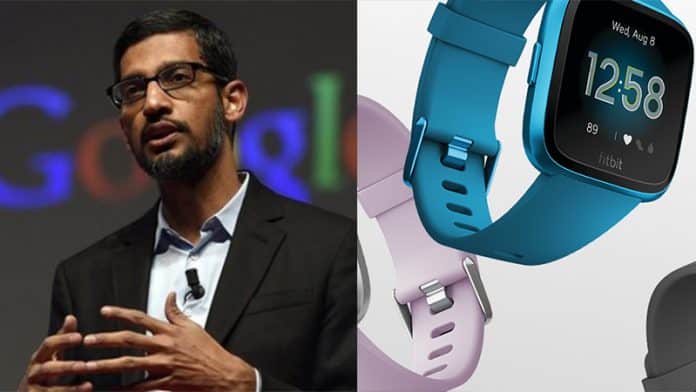 Google in a blog post on Friday confirmed that it is acquiring Fitbit Inc., a leading wearables brand in the world.

“Fitbit has been a true pioneer in the industry and has created terrific products, experiences and a vibrant community of users. By working closely with Fitbit’s team of experts, and bringing together the best AI, software and hardware, we can help spur innovation in wearables and build products to benefit even more people around the world. Google also remains committed to Wear OS and our ecosystem partners, and we plan to work closely with Fitbit to combine the best of our respective smartwatch and fitness tracker platforms.”

Google has acquired Fitbit, Inc. for $7.35 per share in cash, valuing the company at a fully diluted equity value of approximately $2.1 billion. With the acquisition, the company is hoping to make a dominating presence in the wearable market through its own branded products, which is currently largely dictated by Apple Watch.

According to Google, the acquisition provides an opportunity for the company to invest even more in Wear OS as well as introduce “Made by Google” wearable devices into the market. With an already existing range of hardware products, including Pixel smartphones and Pixelbooks, Nest family of devices for the home, and more, wearables could be an important part of the ecosystem that is gradually getting more and more important for consumers.

For Fitbit, the deal with Google will help the company to stay afloat, which has fallen behind in terms of market share of its devices.

“More than 12 years ago, we set an audacious company vision – to make everyone in the world healthier. Today, I’m incredibly proud of what we’ve achieved towards reaching that goal. We have built a trusted brand that supports more than 28 million active users around the globe who rely on our products to live a healthier, more active life. Google is an ideal partner to advance our mission. With Google’s resources and global platform, Fitbit will be able to accelerate innovation in the wearables category, scale faster, and make health even more accessible to everyone. I could not be more excited for what lies ahead,” said James Park, co-founder and CEO of Fitbit.

Further, clearing the air surrounding security of user data, both the companies guaranteed the privacy of Fitbit users’ data.

“Similar to our other products, with wearables, we will be transparent about the data we collect and why. We will never sell personal information to anyone. Fitbit health and wellness data will not be used for Google ads. And we will give Fitbit users the choice to review, move, or delete their data,” Osterloh wrote.

“Consumer trust is paramount to Fitbit. Strong privacy and security guidelines have been part of Fitbit’s DNA since day one, and this will not change. Fitbit will continue to put users in control of their data and will remain transparent about the data it collects and why. The company never sells personal information, and Fitbit health and wellness data will not be used for Google ads,” Fitbit added.

The transaction is expected to close in 2020, subject to customary closing conditions, including approval by Fitbit’s stockholders and regulatory approvals.