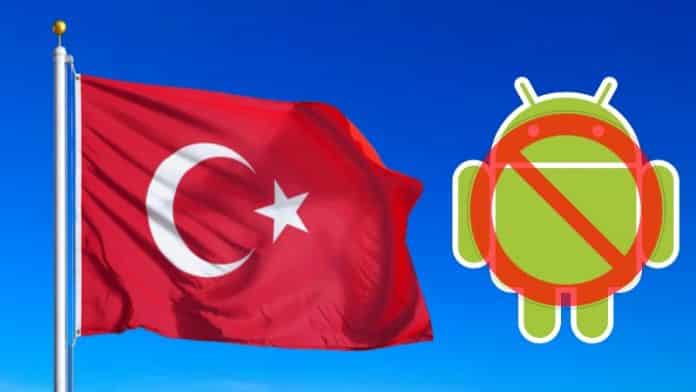 Upcoming Android smartphones in Turkey will not come pre-installed with Google Play Services and access to the Play Store following an antitrust ruling in the country, reports Reuters.

However, this decision will not affect current Android phone users and existing Android smartphone models on sale and shall continue to receive regular updates and support.

The search giant was forced to make the decision after the Turkish competition authority ruled that changes Google made to its contracts with its business partners were not acceptable.

“We’ve informed our business partners that we will not be able to work with them on new Android phones to be released for the Turkish market, Google noted in a statement.

In September 2018, The Turkish regulator had fined Google to the tune of 93 million lira (US$17.4 million) for violating mobile software sales laws following a complaint filed by Russian search engine Yandex. The company was given six months to amend the software distribution agreements in the country.

While Google made changes to its agreements with Android partners in Turkey to meet the competition authority’s demands, they were deemed insufficient by the board on November 7. The competition authority found that Google did not allow consumers to choose different search engines in its Android mobile operating system.

As a result, the competition board has now imposed a fine of 0.05% of Google’s per day revenue over the violation until the demands are met.

The company has been given a 60-day period to challenge the ruling. Google is reportedly working with the Turkish regulator to resolve the issue.

Meanwhile, the company aims to “immediately” comply with Turkish law and has informed its Turkish business partners that it will be unable to issue new licenses for its applications.

“To do this, we have informed our partners that we have stopped approving new Android device models for launch in Turkey.”

Google has also asked its partners to pressurize the Turkish trade minister and head of the competition authority to reverse the ruling, according to Turkish newspaper Haberturk.