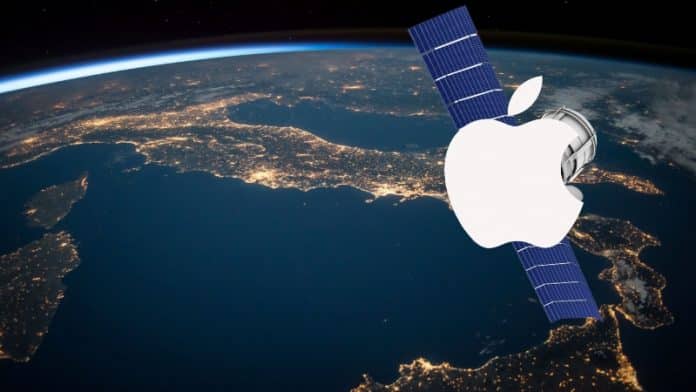 Apple reportedly has a secret team working on satellites and related wireless technology, according to a Bloomberg report.

The team is looking to find new ways to stream data like the internet directly to iPhones and other Apple devices.

Citing people familiar with the work, Bloomberg reported that the company has collected a team of “about a dozen engineers from the aerospace, satellite and antenna design industries,” to work on the project.

Apple is hoping to deploy the satellites within the next five years.

According to the report, Apple’s main goal is to beam data directly to a user’s iPhone, thereby decreasing the dependence on traditional wireless networks.

The company may use the technology to link devices together without a traditional network, as well as offer more accurate tracking of devices to improve mapping.

Apple CEO Tim Cook has shown interest in the project reportedly making it a company priority. The company has also ramped up hiring by adding people from the wireless industry, including engineer Matt Ettus, an expert in software-defined radio systems.

Other names recently added to the team include Ashley Moore Williams, a long-time executive from Aerospace who focused on communication satellites; and Daniel Ellis, a former Netflix executive who helped oversee the company’s Content Delivery Network or CDN.

Ellis has experience in developing networks that can stream content and information on a global scale.

The team is being led by Michael Trela and John Fenwick, former Google executives who had headed the search giant’s satellite and spacecraft operations until they left together in 2017 to start a new initiative at Apple.

It remains unclear at this point whether Apple will use the existing network of satellites or develop its own constellation of satellites to beam internet access to iPhones.