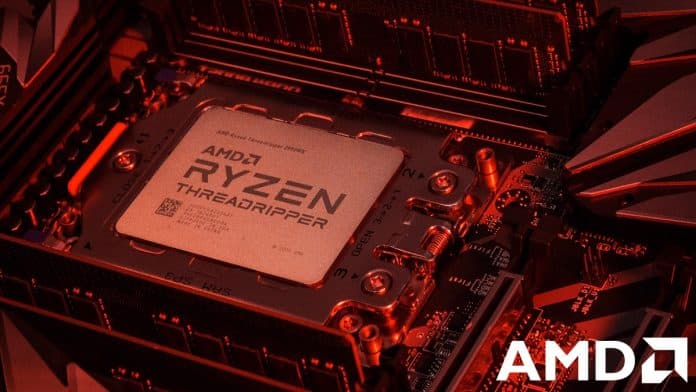 AMD extended its third-generation Threadripper line-up by unveiling the world’s most powerful and high-end desktop CPU, the 64-core Ryzen Threadripper 3990X at the CES 2020.

The Threadripper 3990X is the world’s first consumer desktop processor to feature 64 CPU cores and 128 threads, which is purpose-built to enable extreme performance for 3D, visual effects, and video professionals.

During the CES 2020 presentation, AMD also teased a V-Ray benchmark load of a scene from the recent Terminator film: Dark Fate, which the 3990X took one hour and three minutes to complete, while the dual Intel Xeon Platinum 8280 processors (combined 56C/112T) in comparison took 1 hour 30 minutes. This means that the 3990X is apparently 30% faster than dual Intel Xeon 8280s.