Curiosity to know more about the deadly Coronavirus (COVID-19) disease has resulted in an increase in rentals and torrent downloads of the 2011 pandemic movie ‘Contagion’. As a result, the most popular torrent site, YTS has recently re-released two high-quality rips of the movie to meet the increase in demand, reports TorrentFreak.

For those unaware, Contagion is a 2011 American medical action thriller film directed by Steven Soderbergh. Its ensemble cast includes Marion Cotillard, Matt Damon, Laurence Fishburne, Jude Law, Gwyneth Paltrow, and Kate Winslet. The plot concerns the spread of a virus transmitted by fomites, attempts by medical researchers and public health officials to identify and contain the disease, the loss of social order in a pandemic, and finally the introduction of a vaccine to halt its spread.

In addition to news and traditional media, people are looking to learn more about coronavirus, which has led to an increase in legal demand of Contagion as well as piracy numbers. The increase in rentals on iTunes and torrent downloads is also because  Contagion isn’t streaming anywhere other than the United States.

The movie which roughly had 200 downloads per day via torrent sites has now increased to tens of thousands per day. After the download surge was highlighted by TorrentFreak, YTS promptly published two new uploads, 720p and 1080p BluRay rips, which also have been spread across by YTS to other torrent sites.

While there is no explanation as to why a decade old movie was added, it is obviously clear the Coronavirus outbreak has raised public’s interest in “Contagion” both through legal and illegal ways as indicated by comments posted on the torrent site.

“Is this what’s gonna happen?” wrote one commenter, while the other added that it’s a “great movie if you want to know about Coronavirus.” Some commenters predicted more doom and gloom, while others wrote that there’s little to worry about. 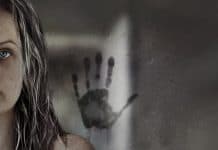 The Invisible Man, Emma, And The Hunt Available On Pirate Sites After Rushed VOD Releases 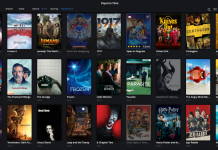 Popcorn Time AKA The Netflix Of Piracy Returns Amid Coronavirus Outbreak 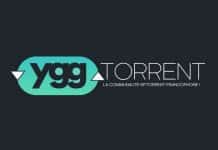