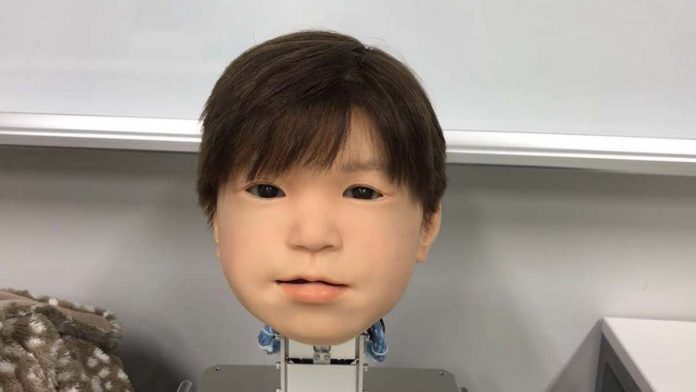 If you think that robots don’t feel any pain, you may want to think twice, as Japanese scientists from Osaka University have developed a suitably creepy robot-child that is capable of feeling pain.

The highly realistic-looking robot child named “Affetto” unveiled first in 2011 has now been incorporated with an artificial synthetic skin that allows it to detect changes in pressure. It can feel and distinguish between a light touch or a hard hit.

The team behind the robot said that this would help robots understand emotional and physical pain like human beings.

Also Read- Best Robots That You Must Buy For Your Home

The group of scientists from Osaka University, led by Professor Minoru Asada, explained: “Engineers and material scientists have developed a new tactile sensor and attached it to a child robot called Affetto that has a realistic face and body skeleton covered in artificial skin.

“Affetto can discriminate soft and hard touches from the detected signals, and studies show that attaching skin sensors to Affetto helps it avoid ‘pain.’ ‘Social’ robots are being programmed to show empathetic reactions to pain in others through a mirroring mechanism similar to that reported in humans.”

Affetto equipped with an artificial in-built pain sensor system powered by artificial intelligence (AI) responds to sensations with a variety of facial expressions, including smiling, frowning and grimacing. This was made possible by using soft skin-like material covering the robot that can move using 116 different facial points.

“We are embedding a touch and pain nervous system into the robot to make the robot feel pain so that it can understand the touch and pain in others. And if this is possible, we want to see if empathy and morality can emerge,” Prof Asada said.

“We are aiming to construct a symbiotic society with artificially intelligent robots, and a robot that can feel pain is a key component of that society.”

The main aim of the research is to develop more realistic “social” robots that can have interactions with humans on a deeper level. The robots could provide emotional and physical assistance to Japan’s ageing population, Prof Asada added.

While this may sound like a long-term dream, Japan is already employing robots in nursing homes, offices and schools to help cope with its ageing society and decreasing workforce.