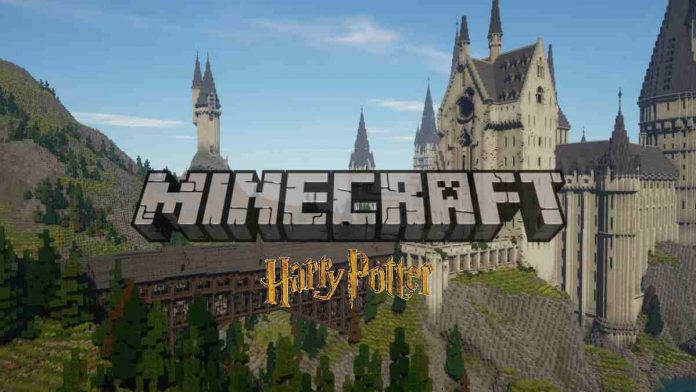 Minecraft Modding group, Floo Network has officially released the ‘Witchcraft and Wizardly’ map as a free download after spending four years to build the entire Harry Potter Universe within Minecraft. This project was in alpha for just over a month before being released for download.

In the trailer below, besides the ‘Witchcraft and Wizardly’ map, you can see all famous Harry Potter locations, including Hogwarts, Diagon Alley, Hogsmeade, Weasleys’ home The Burrow, and more. The map supports only up to four players in multiplayer.

As seen in the trailer, the Minecraft Harry Potter RPG lets you attend Hogwarts with classes, missions, and what looks like several puzzles to solve to unlock additional locations, and even “secrets and mysteries” to unearth.

Additionally, you can fly on a broomstick, fight Dementors, interact with the world through your wand, move objects, and cast spells to roam around the game world. You also get the chance to play the entire modded adventure solo or with your pals.

“Thank you so much for your support and kind words throughout this project,” the creators say in the mod’s Discord server. “This map has taken us years to complete and without the love and support, we would never have gotten this far. We are happy to finally share the completed map with you!”

You can now download Witchcraft and Wizardry for free via Planet Minecraft. Currently, the mod only works with Java Minecraft version 1.13.2. It does not work in Minecraft Bedrock Edition or Playstation Edition.