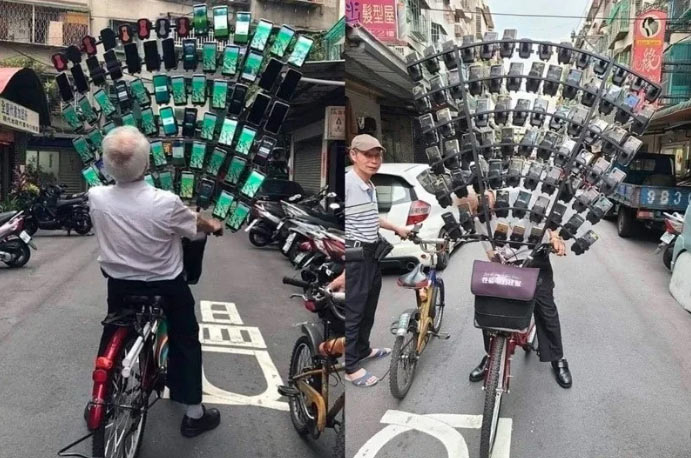 Remember the Pokémon GO Grandpa who played Pokémon GO on phones mounted on a bike? He is back with 64 phones on his bike.

The viral Grandpa, who blew up on the Internet in 2018 with his passion for playing Pokémon GO on 15 phones simultaneously has evolved with time.

While the hype around the game has faded down, the legendary Grandpa of Taiwan refused to budge in.

The veteran Pokémon catcher was spotted on the streets of Taipei a few days ago with greater zeal and passion to catch ’em all.

The 72-year old Chen San-yuan is retired Feng Shui master who started playing soon after his grandson introduced the much-hyped game of 2018 to him. 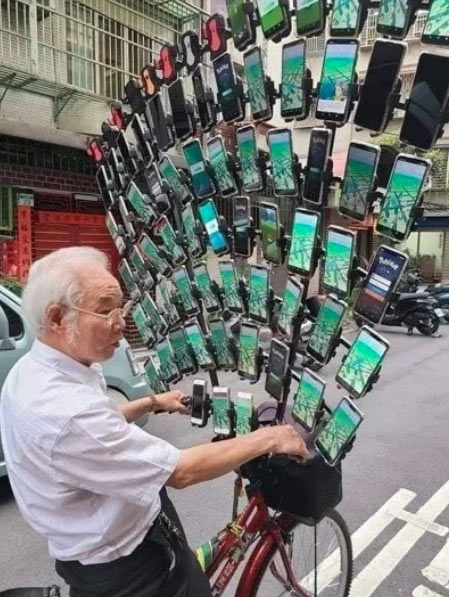 Starting with 6 phones in the fall of 2018, there has been no looking back. The passion has grown many-fold as he plays upto 20 hours a day for five days a week.

The game use to go on until the phone batteries were exhausted. He later found the solution for the problem to keep them charged while mounted on the bike.

The Reddit post where the old man debuted, exploded so much that he was invited to the launch event of a phone by ASUS as an esteemed guest on stage.

Mr San-yuan is planning on adding more members to the mount to touch the magical number 72. Go catch ’em all Grandpa!