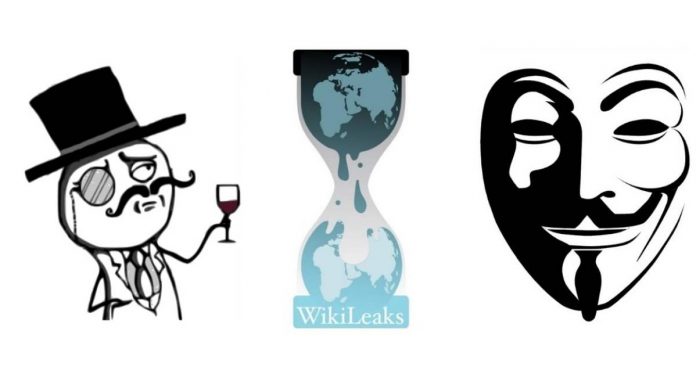 The U.S. Department of Justice (DOJ) on Wednesday filed a superseding indictment charging Wikileaks founder, Julian P. Assange, for collaborating with the infamous with the “Anonymous” and “LulzSec” groups.

“The new indictment does not add additional counts to the prior 18-count superseding indictment returned against Assange in May 2019,” the DOJ said in a press release. However, it does broaden the scope of the conspiracy surrounding alleged computer intrusions with which Assange was previously charged.

According to the superseding document dated June 24, 2020, Assange and others at WikiLeaks recruited the Anonymous and LulzSec hacking groups to commit computer intrusions to benefit WikiLeaks.

“In 2010, Assange gained unauthorized access to a government computer system of a NATO country. In 2012, Assange communicated directly with a leader of the hacking group LulzSec (who by then was cooperating with the FBI), and provided a list of targets for LulzSec to hack. With respect to one target, Assange asked the LulzSec leader to look for (and provide to WikiLeaks) mail and documents, databases and pdfs. In another communication, Assange told the LulzSec leader that the most impactful release of hacked materials would be from the CIA, NSA, or the New York Times. WikiLeaks obtained and published emails from a data breach committed against an American intelligence consulting company by an “Anonymous” and LulzSec-affiliated hacker. According to that hacker, Assange indirectly asked him to spam that victim company again,” the DOJ said in a press release.

For those unaware, Assange was charged with 18 counts under the old U.S. Espionage Act in a 37-page superseding indictment dated May 23, 2019.

The new superseding indictment continues to allege that Assange conspired with Army Intelligence Analyst Chelsea Manning to crack a password hash to a classified U.S. Department of Defense computer, which he later published on the WikiLeaks portal.

According to prosecutors, Assange and a WikiLeaks associate recruited hackers during conferences in the Netherlands and Malaysia in 2009.

For instance, Assange told the Hacking At Random conference that WikiLeaks had obtained non-public documents from the Congressional Research Service by exploiting “a small vulnerability” inside the document distribution system of the United States Congress.

“Since the early days of WikiLeaks, Assange has spoken at hacking conferences to tout his own history as a ‘famous teenage hacker in Australia’ and to encourage others to hack to obtain information for WikiLeaks,” the DOJ said.

Barry Pollack, Assange’s lawyer said in a statement that “the government’s relentless pursuit of Julian Assange poses a grave threat to journalists everywhere and to the public’s right to know.”

“While today’s superseding indictment is yet another chapter in the U.S. Government’s effort to persuade the public that its pursuit of Julian Assange is based on something other than his publication of newsworthy truthful information,” he added, “the indictment continues to charge him with violating the Espionage Act based on WikiLeaks publications exposing war crimes committed by the U.S. Government.”

Assange was arrested in April 2019 after being evicted from the Ecuadorian Embassy in London. Currently, he is detained in the UK on an extradition request from the United States.

If found guilty on all counts, Assange could face a total maximum sentence of 175 years in the U.S. prison for his alleged role in “one of the largest compromises of classified information in the history of the United States.”

Assange’s extradition to the United States is being handled by the Department of Justice’s Office of International Affairs and UK authorities, including the Home Office and the Crown Prosecution Service for England and Wales.