For those unaware, the Fresh Start feature in Windows 10 lets, you perform a clean reinstallation and update of Windows while keeping your personal data and most Windows settings intact. The tool “may improve your device’s startup and shutdown experience, memory usage, storage app performance, browsing experience, and battery life,” says Microsoft.

Fresh start removes third-party antivirus software and all apps that don’t come standard with Windows. This includes Microsoft apps such as Office, any desktop apps that came preinstalled on your device, and any Windows desktop apps, such as your device manufacturer’s apps, support apps, and drivers. It keeps only Microsoft Store apps that your manufacturer installed.

However, the installation of the latest Microsoft update now requires users to reinstall any apps that they want to keep. 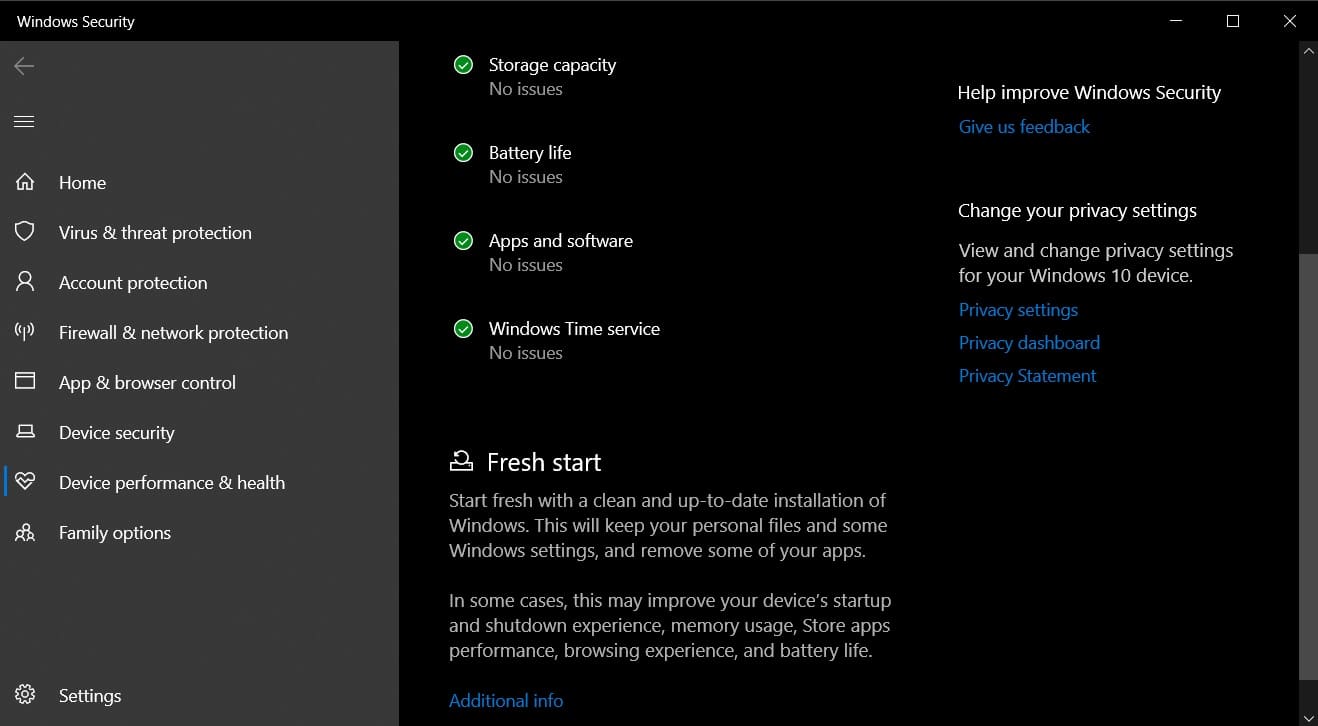 Users can access Fresh Start from Settings > Update & Security > Windows Security. In the app, users need to click on ‘Device Performance & Health’ and select ‘Additional’ to manage Fresh Start feature. They would be presented with the option to either “Get Started” or “Learn More”. However, the “Additional Info” option now simply takes the users to the Microsoft Support site instead of settings page that contains “Get Started button.

According to Techdows, who noted the presence of the reports in the Feedback Hub, says that users have been warning Microsoft about the issue since the May 2020 update first went into testing more than eight months ago.

For instance, one user writes,” Fresh Start not working. Pressing Additional information does not display the button, just the online documents about the button, which is not there.”

Strangely, Microsoft has also not listed the bug as a known issue of Windows 10 2004 on its website.

“The issue was brought to Microsoft attention by insiders and users via feedback hub many times before, but the company released May 2020 Update without fixing the issue,” explains Techdows.

“This issue is not listed in Windows 10 2004 known issues document Microsoft maintains on its website.” They are right, it’s not.