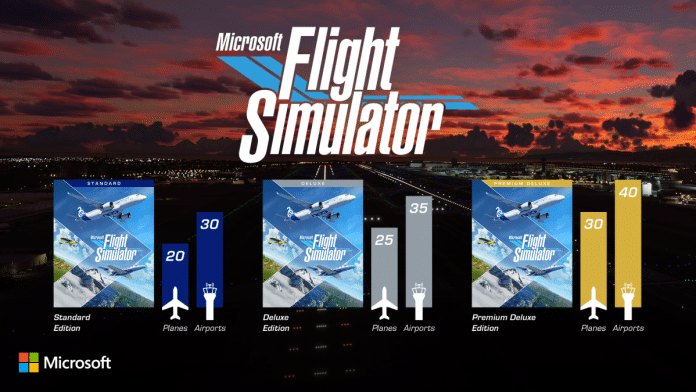 The much-awaited Microsoft Flight Simulator will finally arrive on PC on August 18, and will also be simultaneously available on Xbox Game Pass for PC (Beta) on the same day.

The major highlights of Microsoft Flight Stimulator include:

Vivid and Detailed Landscapes — Immerse yourself in the vast and beautiful world that is our planet with more than 1.5 billion buildings, 2 trillion trees, mountains, roads, rivers, and more.

A Living World — Earth is vibrant and ever-changing and so is the world of Microsoft Flight Simulator which includes live traffic, real-time weather, and animals.

Highly Detailed Aircraft — Hone your pilot skills in a variety of aircraft from light planes to commercial jets with comprehensive flight models. Every aircraft includes highly detailed and accurate cockpits with realistic instrumentation.

New Checklist System — From pro to beginner, scale your level from full manual to full assist with interactive and highlighted instrument guidance and checklist.

Aerodynamic Modeling — A state-of-the-art physics engine with over 1,000 control surfaces per plane allows for a truly realistic experience.

In addition to its digital versions, Microsoft Flight Simulator will be available as a retail disc version at European stores via Aerosoft. For more information on these retail disc versions in Europe, you can visit the Aerosoft website.

You can pre-order and/or pre-download the game now from Microsoft Store here.