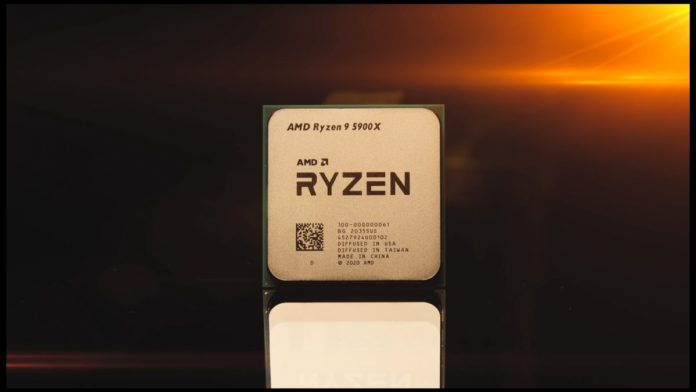 The new Zen 3 architecture uses the same 7nm lithography process, but it now offers higher maximum boost clock, a 19% increase in Instructions Per Clock/Cycle (IPC) – the largest since the introduction of “Zen” processors in 2017 – and improved power efficiency.

AMD says the Zen 3 architecture allows for a new unified 8-core CCX (core complex) design and reduces latency from accelerated core and cache communication. It doubles the directly accessible L3 cache per core while delivering up to 2.8X more performance-per-watt versus the competition.

Further, the 12-core, 24-thread AMD Ryzen 9 5900X processor runs at speeds between 3.7GHz and 4.8GHz, and has 70MB of combined L2 and L3 cache memory. It will also deliver an average performance improvement of 26 percent for 1080p gaming across select titles generationally compared to the previous generation.

The three Ryzen 9 and Ryzen 7 models have 105-watt thermal design power (TDP) and do not come with a stock cooler. However, the Ryzen 5 5600X has a 65W rating and will come with AMD’s Wraith Stealth cooler in the box.

Check out the comparison of all the products announced by AMD:

All these four CPUs will be available globally on November 5, 2020.