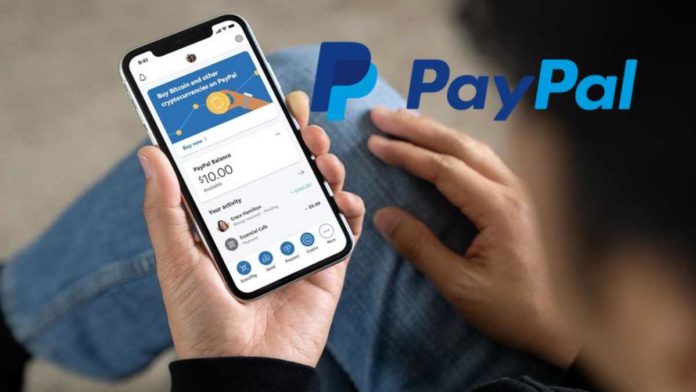 PayPal Holdings Inc. on Wednesday announced the launch of a new service that it will enable its customers to buy, hold, and sell cryptocurrency directly from their PayPal account.

“The shift to digital forms of currencies is inevitable, bringing with it clear advantages in terms of financial inclusion and access; efficiency, speed and resilience of the payments system; and the ability for governments to disburse funds to citizens quickly,” PayPal President and CEO Dan Schulman said in a statement.

“We are eager to work with central banks and regulators around the world to offer our support, and to meaningfully contribute to shaping the role that digital currencies will play in the future of global finance and commerce.”

With this new service, PayPal becomes one of the largest U.S. companies to provide consumers access to cryptocurrencies helping bitcoin and rival cryptocurrencies gain wider acceptance as viable payment methods.

The company hopes the service will encourage global use of virtual coins and prepare its network for new digital currencies that may be developed by central banks and corporations.

“For new digital currencies that may be developed by central banks and corporations, PayPal hopes the service will encourage global use of virtual coins and prepare its network for the same,” Schulman said.

“We are working with central banks and thinking of all forms of digital currencies and how PayPal can play a role.”

Despite being in the market for more than a decade, bitcoin and other virtual coins have found it difficult to establish themselves as widely used forms of payment. Cryptocurrencies’ volatility makes them attractive to speculators, but it also poses risks for merchants and shoppers. Thus, making the transactions slower and more costly than other mainstream payment systems.

According to PayPal, the new system will take care of these issues as payments will be settled using traditional currencies, such as the U.S. dollar. This means PayPal will be handling the dangers posed due to price fluctuations and merchants will receive payments in virtual coins.

“We are going about it in a fundamentally different way to make sure we provide the maximum amount of safety to our merchants,” Schulman added.

PayPal has secured the first conditional cryptocurrency licence from the New York State Department of Financial Services (NYDFS). The company will initially allow purchases of bitcoin and other cryptocurrencies called Ethereum, Bitcoin Cash and Litecoin, it said. PayPal has also partnered with cryptocurrency firm Paxos Trust Company to offer the service.

The service will be available to PayPal account holders in the U.S. in the coming weeks. The company plans to expand the features to Venmo and select international markets in the first half of 2021.

Further, starting in early 2021, PayPal customers will be able to use their cryptocurrency holdings as a funding source to pay at PayPal’s 26 million merchants around the globe. Consumers will be able to instantly convert their selected cryptocurrency balance to fiat currency, with the certainty of value and no incremental fees. PayPal merchants will have no additional integrations or fees, as all transactions will be settled with fiat currency at their current PayPal rates.

PayPal is rolling out its crypto service gradually. You can learn more and join the waitlist for PayPal’s cryptocurrency services here.