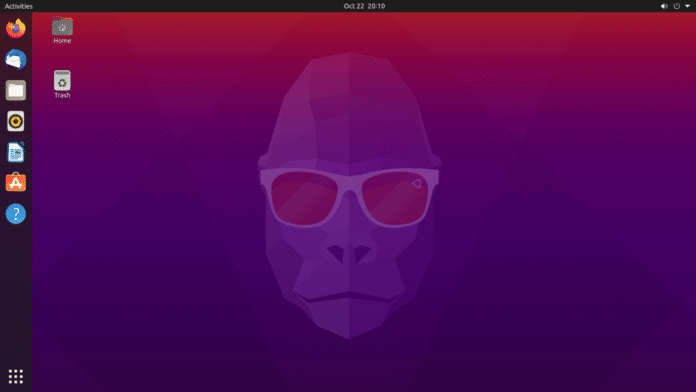 Canonical on Thursday announced the release of the latest version of their Ubuntu operating system, Ubuntu 20.10 codenamed “Groovy Gorilla”. Since this is not a Long Term Support (LTS) release, it will be supported only for 9 months until July 2021.

“In this release, we celebrate the Raspberry Pi Foundation’s commitment to put open computing in the hands of people all over the world. We are honored to support that initiative by optimizing Ubuntu on the Raspberry Pi, whether for personal use, educational purposes or as a foundation for their next business venture,” Mark Shuttleworth, CEO at Canonical explains.

This release comes with updated packages, toolchain upgrades, security improvements and more. Ubuntu 20.10 is the first Ubuntu release to feature desktop images for the Raspberry Pi 4. This is only built for the arm64 architecture and also supports only models with 4GB of RAM or higher for the desktop image.

According to the company, Groovy Gorilla uses the latest version of GNOME, version 3.38, with an enhanced Activities Overview, User Experience improvements, better performance, and more.

This release integrates recent innovations from key virtualization and infrastructure projects like QEMU 5.0, libvirt 6.6 and OpenStack Victoria. Ubuntu Server now ships Telegraf, the metrics collecting agent that together with Prometheus and Grafana form the basis of strong and reliable logging, monitoring and alerting solution that can be deployed on Ubuntu systems.

Canonical shares, “On top of Raspberry Pi desktop support, Ubuntu 20.10 includes GNOME 3.38, which tweaks the apps grid, removes the frequents tab and allows apps to be ordered and organised however users prefer.

The battery percentage display toggle has been exposed in power settings, private WiFi hotspots can be shared using uniquely generated QR codes and a restart option has been added to the status menu next to logout/power off.”

According to the Ubuntu 20.10 release notes, Kernel 5.8 adds the following:

You can go to the Ubuntu website to download the new release Groovy Gorilla now or find upgrade instructions.